$6 million bribe to clear Biden’s company: who sent it?

Over the weekend, Ukrainian officials declared that law enforcement in that country intercepted $6 million in cash that was meant to be used as a bribe. The payoff was meant to stop the criminal investigation into Burisma, an energy company that has had Joe Biden’s son of Hunter as a board member. Hunter got the post while his father was vice president and spearheaded regime change in Ukraine.

Who paid 6 million in a bribe to the UKRAINE law enforcements to drop investigation into Burisma and Hunter Biden??? pic.twitter.com/7yxbhmcTyb 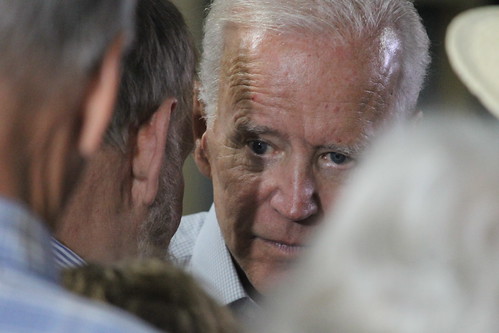 While VP, Joe Biden bragged on video about bribing the Ukrainian government that he would not release $1 billion in military aid to Ukraine if a prosecutor investigation Burisma at the time was not fired. Hunter Biden held his seat on the board of Burisma despite having no expertise in Ukraine or in the energy industry. He has been compensated to the tune of millions for his role and the ‘political access’ it offered.

The impeachment debacle staged against president Trump was also predicated on the lie that Trump blackmailed the Ukrainians to continue investigating Burisma and the Bidens lest he withhold aid, which was released regardless of the status of the investigation.

During a press conference, Ukrainian officials displayed the large stacks of US dollar bills that they intercepted.

Ukraine: no one gets out with clean hands

Keep telling yourselves Burisma has nothing to do with Biden. Indeed, when Hunter was bought onto the board, Burisma was a model of corporate governance, Zlochevsky was the Mother Theresa of Ukrainian oil & gas oligarchs.https://t.co/GrjmuCgQqY

The Ukrainian anti-corruption officials declared that the bribe was meant to halt their investigation of Mykola Zlochevsky, the principal owner of Burisma and ex-Ukrainian minister of ecology. Zlochevsky is suspected of being a front-man for oligarch Igor Kolomoysky, the power behind current Ukrainian President Zelenski. Power in Ukraine is arranged into rival clans of oligarchs, a situation that has only gotten worse since their 2014 ‘revolution of dignity.’ Zlochevsky is under investigation for abusing his ministerial office for personal enrichment.

Three arrests have been made in connection to the bribe attempt. One of those being held is a high-level tax official.

Bursima released a statement denying involvement: “Neither Burisma Group President Mykola Zlochevsky nor other employees of the company have any relationship to the voiced events. Mykola Zlochevsky didn’t ask for anyone to commit wrong actions and never contributed to such actions.”

Burisma is one of the Ukraine’s leading energy firms. Hunter Biden got his position on the board in 2014, shortly after his father had a key role in orchestrating regime change in Ukraine. He left the company in 2018.