America First: Trump cleans up China’s influence on US nurtured by Clintons

For years, the Democrats have been fixated on the threat posed by Russia, which has an economy the size of New York state. Meanwhile, nuclear-armed China became the world’s second-largest economy and quietly built up its military and global influence.

It’s no secret that many American companies have profited immensely from China’s low-value-added manufacturing sector, Apple being the prime example. Leading Democrats, and the Clinton family in particular, have nurtured and benefited from China’s rise, but now, the Trump administration is setting its sights on the Communist police state.

AG Bill Barr says China is "engaged in a full-court blitzkrieg of stealing American technology, trying to influence our political system, trying to steal secrets at our research universities and so forth. And we are focused on it. We have something we call the China Initiative." pic.twitter.com/E0T05teZBB

Trump’s Attorney General Bill Barr is spearheading an operation to counter what he calls China’s “full-court blitzkrieg” on America. The AG detailed how Chinese espionage targets America’s state institutions and private enterprises, seeking influence and the theft of technology. Barr’s operation at the Department of Justice is called the ‘China initiative.’

Meanwhile, American companies are leaving China in droves, and the coronavirus pandemic is speeding that process up for several reasons. First, China’s lockdown led to a costly interruption in the industrial supply chain. Second, in the wake of the pandemic, many have realized the danger of relying on a rival state for 70-95% of our supply of basic drugs like aspirin and penicillin.

Senator Tom Cotton has noted that China has threatened to cut the USA off from the supply of such drugs. Republican senators are introducing a bill that would prevent that from happening, but unfortunately, it already has.

American companies Honeywell and 3M have complained that the Chinese state had confiscated personal protective equipment, like N95 masks, that they had manufactured for the American market. Representatives of the Trump Administration are now exploring what legal action to take against China.

Other countries are making similar moves. Japan has introduced a stimulus package that earmarks over $2 billion to help Japanese manufacturers relocate from China.

The Trump administration has also moved to prevent China Telecom, a state-owned behemoth, from operating in the USA. Six federal agencies have pushed for the move. Agencies like the Department of Justice and that of Defense red-flagged the company as a threat to national security.

These tough moves have the wholehearted support of the American people, according to recent polls. Most Americans blame China for the pandemic and support the President’s actions in response to it.

-71% say American companies should pull back manufacturing in China

The Democrats’ corrupt ties to China 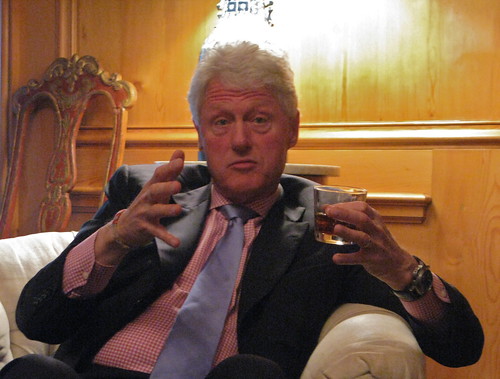 The Trump campaign has released a video attacking Democratic candidate Joe Biden’s ties to China. Biden has repeatedly downplayed the threat posed by China to the USA. Meanwhile, the Wall Street Journal recently ran a story on the business ties of Biden’s son Hunter in China. Hunter Biden owns 10% of a private equity fund that channels $2.5 billion into deals with China.

It’s worth remembering that Bill Clinton’s 1996 re-election was overshadowed by the ‘Chinagate’ scandal. This involved accusations that the Chinese state had bribed top US officials, including Clinton, for influence and policy decisions. It also involved the illegal sale of US missile technology and supercomputers to China.