America first: voters lose their taste for ‘made in China’

Up to 94 percent of American voters say they want an economic nationalist overhaul of the United States’ economy in the wake of the Chinese coronavirus crisis, a survey reveals.

FTI Consulting has run a survey that has found that no less than 94% of Americans support a new, economic nationalist direction for the US economy. The coronavirus pandemic, which appears to have originated in China, has only bolstered such sentiments. Economic nationalist policies that voters would like to see include higher tariffs on imports, more strict regulations on country-of-origin labeling, and regulations that certain goods must be made in the U.S.A.

According to the survey, around 66% of Americans want greater tariffs on imports. This contrasts with the 34% who want the USA to sign more free trade agreements with foreign countries.

I'm voting for @realDonaldTrump because the virus proves he was right about China, manufacturing, globalism, jobs, trade, immigration, borders, and just about everything else.

‘Proudly made in the USA’ worth paying a bit more

If anything, the survey shows that the American public is growing weary of ‘made in China.’ The timing makes sense, as labor costs in China have started to surpass those of some European countries, so the rationale or bankrolling ‘the next superpower’ is falling apart.

America once taught the rest of the world what industry is and how to do it. Many believe we can take that initiative back, particularly by sticking to products that are ‘proudly made in the USA.

All products should have clear country origin labeling

At least 94% of the survey respondents said they want to see labels on all products that list each country in which the product was designed, manufactured, and assembled. The demand for such labeling is particularly strong for medicine and defense equipment. 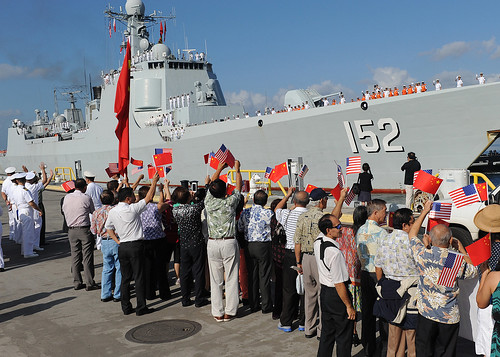 Many basic medical supplies needed in the fight against COVID-19 are made in China, giving that country leverage over the USA.

Since China joined the World Trade Organization, five million American manufacturing jobs have been lost. 50,000 American manufacturing plants have been permanently closed down. As part of this process, the American trade deficit has skyrocketed, while China became one of the USA’s leading creditors by buying enough bonds to buy a controlling interest in every company on the Dow Jones Industrial Average. Each manufacturing in the USA creates an additional 7-8 support jobs in related industries.

dont expect covid-19 to last, it was made in china