Vatican Archbishop Carlo Maria Viganò is most famous for blowing the whistle on the coverup of sexual abuse at the highest levels of the Catholic church, even taking on Pope Francis himself. Now, the former Papal Nuncio to Washington, D.C., has praised President Trump for his fight against the deep state, the ‘dark forces’ that have been manipulating the coronavirus pandemic and nationwide protests to their advantage. Viganò wrote a letter to the President to lend him support while he deals with multiple crises. The letter has been leaked to the media.

In his letter, dated June 7, Viganò writes that President Trump is facing down “the children of darkness – whom we may easily identify with the deep state which you wisely oppose and which is fiercely waging war against you in these days.” Viganò lent support to Trump as a “President who courageously defends the right to life, who is not ashamed to denounce the persecution of Christians throughout the world, who speaks of Jesus Christ and the right of citizens to freedom of worship.”

Viganò says the deep state is behind corona and the riots

Viganò continued, stating his belief that in the future we will view the “Covid emergency” as a “colossal operation of social engineering.” Speaking of the rioting and looting taking place across America, Viganò wrote, “We will also discover that the riots in these days were provoked by those who, seeing that the virus is inevitably fading and that the social alarm of the pandemic is waning, necessarily have had to provoke civil disturbances, because they would be followed by repression which, although legitimate, could be condemned as an unjustified aggression against the population . . . the same thing is also happening in Europe, in perfect synchrony.”

A week ago, Trump visited a Catholic church in Washington DC that had been targeted by arsonists.
Viganò wrote in his letter to Trump that such attacks are “part of the orchestrated media narrative which seeks not to fight racism and bring social order, but to aggravate dispositions; not to bring justice, but to legitimize violence and crime; not to serve the truth, but to favor one political faction.”
Viganò implied that some Catholic officials were on the side of the deep state and the globalists. 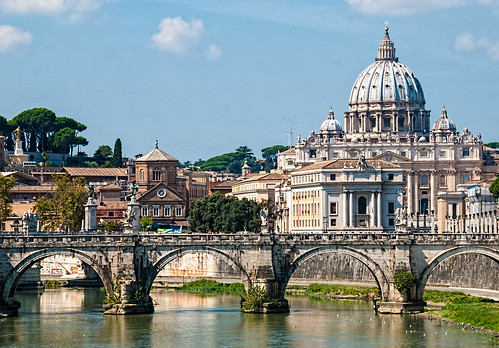 “They are subservient to the deep state, to globalism, to aligned thought, to the New World Order which they invoke ever more frequently in the name of a universal brotherhood which has nothing Christian about it, but which evokes the Masonic ideals of those want to dominate the world by driving God out of the courts, out of schools, out of families, and perhaps even out of churches,” Viganò wrote.

Viganò ended his letter by writing, “United against the Invisible Enemy of all humanity, I bless you and the First Lady, the beloved American nation, and all men and women of goodwill.”

“Just as there is a deep state, there is also a deep church that betrays its duties and forswears its proper commitments before God,” Archbishop Carlo Maria Viganò, former apostolic nuncio to the US, writes in new open letter to @realDonaldTrump. Official full text below. #POTUS pic.twitter.com/vVAl9oHpH5