One of Donald Trump’s 2016 presidential campaign planners, Stephen Bannon, was arrested and charged with fraud for his role in an online community that raised for $25 million to help build a wall at the U.S.-Mexico border.

Bannon part of a private attempt to build the wall

Steve Bannon had an estimated worth of $48 million in 2017 according to Forbes and a purported stake in Seinfeld syndication. Unless absolutely mad, why would he grift $1 million in a build the wall scheme?

Despite portraying the fundraising group We Build the Wall as a volunteer campaign, Bannon received over $1 million from the group and used some of it to pay for personal expenses, prosecutors said. He is due to testify Thursday in a New York courtroom. Three others, including the group’s founder, a disabled Air Force veteran named Brian Kolfage, were charged in the alleged scheme.

“The defendants defrauded hundreds of thousands of donors, capitalizing on their interest in funding a border wall to raise millions of dollars, under the false pretense that all of that money would be spent on construction,” U.S. Attorney Audrey Strauss said in a statement. The indictment came on the same morning that the Trump administration lost a bid to block the Manhattan district attorney’s order to release Trump’s tax returns. It gave a shady image of an attempt to help fulfill a key pledge of the president’s first election campaign by a once-loyal advisor. According to investigators, many of Trump’s backers, including many who suffered financially, contributed to the fundraising campaign, hoping the money would go directly to building a border wall.

On Thursday, Trump told reporters that he did not endorse the fundraising scheme, as he did not want a border wall that was funded privately. The initiative “sounded like showboating to me,” he said, adding that Mr. Bannon’s detention was a “sad thing.”

Bannon has pleaded not guilty 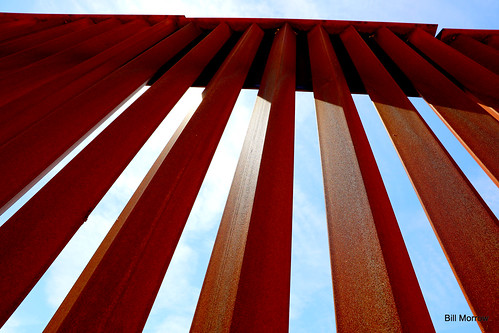 The private wall-building project had drawn criticism long before the arrests, including allegations that sections were being built in floodplains and creating erosion. High-profile Trump backers such as Blackwater founder Erik Prince and former Kansas state secretary Kris Kobach endorsed the initiative. It was once named “private enterprise at its best,” by Donald Trump Jr.

But the president seemed to disagree, tweeting last month that “only done to make me look bad,” he thought.

I disagreed with doing this very small (tiny) section of wall, in a tricky area, by a private group which raised money by ads. It was only done to make me look bad, and perhsps it now doesn’t even work. Should have been built like rest of Wall, 500 plus miles. https://t.co/L8RUPCAhqc

If found guilty, Bannon, 66, could face 20 years in prison, but it’s unusual for courts to seek the full penalty. He orchestrated the scheme alongside Kolfage, 38; Andrew Badolato, a 56-year-old Florida businessman; and businessman Timothy Shea, 49, chief executive of a Trump-themed energy-drink company in Colorado, according to the authorities.

In 2018 Kolfage launched ‘We Build the Wall’ on a crowdfunding site to raise funds to cover the wall’s costs. According to the indictment, in social media posts and other petitions, the campaign assured supporters that all the contributions would go towards building, assuring them that Kolfage would “not take a penny.”

In text messages, prosecutors claim, Bannon and Badolato explored how the pledge would help to raise donations by building a favorable media story and eliminating “all self-interest taint.” in Badolato’s words.

In reality, according to prosecutors, Bannon and the others orchestrated a scheme to make secret payments to Kolfage worth hundreds of thousands of dollars. To hide those transfers, according to the indictment, Bannon shifted the funds raised by We Build the Wall into a charity that he managed before the money was transferred to Kolfage.