Attorney General Bill Barr has assigned a federal prosecutor to investigate how and why top Obama administration officials unmasked various Trump associates and campaign officials. The DOJ announced the move on Wednesday, adding to the legal pressure faced by Obama, Biden, Comey, Brennan, and others for corrupt misuse of state agencies.

The Attorney General continues to do a great job of actually investigating the FISA abuses of so many good Americans.

If I were one of these officials of the @BarackObama Administration, I’d start to get very, very nervous right now with John Bash on the case.

Number of investigations into the Obama admin mounts 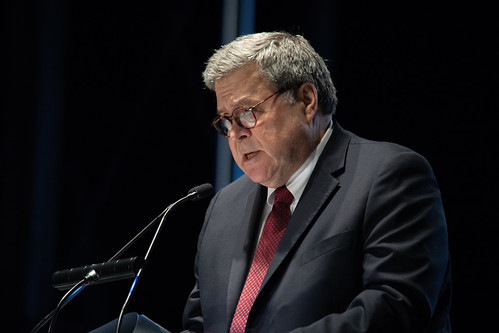 Attorney General Barr gave the task to John Bash, the U.S. attorney for the Western District of Texas. Bash will conduct his investigation in close cooperation with U.S. attorneys John Durham and Jeff Jensen. Durham is leading an investigation into the roots of the Russiagate debacle.

Charges are expected to be laid on the improperly initiated investigation into Mike Flynn and the setting of a perjury trap for him. Evidence has been piling up of corruption in the initiation of Crossfire Hurricane, the investigation into the cooked-up suspicion of Trump campaign collaboration with Russia. There are also legal issues with how the Mueller investigation was carried out and how the Steele dossier was misrepresented to kick the whole thing off. Then comes investigations into all the corruption that the above was meant to cover. That includes DNC corruption that got Hillary nominated and Biden’s corrupt dealings in Ukraine and elsewhere.

The decision to investigate the unmasking separately shows how much the investigations have already uncovered.

Republicans are pushing for accountability

Reminder @RepSwalwell , there is a well documented leak trail that is being followed by John Bash, the U.S. attorney for the Western District of Texas.

In mid-May, Republican senators publicized the names of 39 Obama administration officials who requested intelligence reports on incoming Trump-admin national security advisor Mike Flynn.
There is nothing illegal in unmasking in and of itself. The purpose of the investigation is to determine whether the unmasking requests were politically motivated.

“When you are looking at unmasking as part of a broader investigation like John Durham’s investigation, looking specifically at who was unmasking whom can add a lot to our understanding about motivation and big picture events.”

Earlier this month, Senators Chuck Grassley and Ron Johnson submitted formal requests for records of the unmasking requests on anyone connected to the Trump campaign around the administration handover period.

Republican congressmen are concerned that the surveillance of the Trump administration began before the FBI kicked off the Crossfire Hurricane investigation, which was itself built on shaky legal grounds. The mounting number of investigations into Democratic corruption and misuse of government resources promises to give us a very interesting election season.