Schweizer laid bare the links between Democratic presidential candidate Joe Biden and the Communist China, which he cautioned could have consequences for the nation in terms of national security.

Here's the just released documentary on the Biden family's secret financial ties to the Chinese government. It's based on my New York Times #1 bestsellers SECRET EMPIRES and PROFILES IN CORRUPTIONhttps://www.youtube.com/watch?feature=youtu.be&v=JRmlcEBAiIs

The Transcript of Schweizer’s interview on Fox:

I just watch the documentary "Riding the Dragon" by Peter Schweizer. Joe Biden and his family should be in GITMO, not running for president! #MakeGITMOFullAgain

WATTERS: One of the biggest bombshells involves one of Hunter’s partners trying to steal US secrets, and Hunter himself bypassing laws that benefited the Chinese military.

Joining me now with an inside look at “Riding the Dragon: Uncovering the Biden’s Chinese Secrets,” Peter Schweizer.

All right, Peter, this is based on corporate records, financial documents, legal briefings, and court papers. This is not conjecture. This is what you found, and you can substantiate.

What are the main headlines from your research that you can see in this documentary?

But this is not just rank and file corruption that we’ve gotten used to. This is not the Chinese takeout version of typical corruption because, in addition to the Biden’s making money, Jesse, what happened is, Hunter Biden entered into a business partnership.

He was on the Board of Directors of a Chinese investment firm called BHR that was funded by the Chinese government, and what did they do? They started acquiring companies that were beneficial to the Chinese military.

They were an anchor investor in something called China General Nuclear, which ended up being charged by our FBI for stealing nuclear secrets in the United States. They ended up buying part of an American dual-use technology company, meaning it produces technology that has civilian and military application. They ended up buying that for the benefit of the Chinese military.

So this is not a corruption case of let’s say victimless crime where it’s just some politician’s kid getting rich. This has very real national security implications, and the Bidens were prepared and willing to make money, even if it damaged our military posture vis-a-vis the Chinese who are our chief rivals on the global stage.

WATTERS: That sounds worse than Ukraine because Ukraine —

SCHWEIZER: Yes, it is much worse than Ukraine.

WATTERS: Military secrets being transferred and stolen. All right, Peter Schweizer, you can watch “Riding the Dragon: Uncovering the Biden’s Chinese Secrets” on Blaze TV. Thanks for coming on.

Biden has been in China’s pocket for a long time 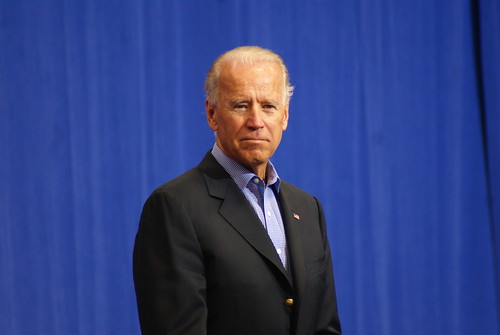 Democrats like Biden have been crying wolf over Russia for years, largely to distract from their cozy relationship with the Chinese Communists. Biden’s son got a lucrative position on a Chinese investment firm while accompanying his father on a state visit to China. Bought-and-paid for politicians like Biden have lined their pockets by laying the way for China to become America’s main rival.

China has nearly a quarter of the world’s population and an economy roughly the size of America’s. Russia has an economy similar in size to New York State or South Korea. Most of its territory is uninhabitable and its population is in steep decline.