“Joe Campaigning” (CC BY 2.0) by stingrayschuller

Joe Biden leaped from his basement to throw social distancing to the wind and hit the campaign trail amidst the protests over the killing of George Floyd. Biden dropped by a Black church in Wilmington, Delaware to shore up his image with African Americans, a demographic that he views as a captive vote.

Biden claimed that, in his first 3 months in office, he would set up a federal board to oversee the nation’s police.

Speaking to an audience at the Bethel AME Church in Wilmington, Delaware, the former Vice President said he would establish a police oversight board in his first 100 days as president. He also cryptically claimed that his coronavirus relief efforts would “deal with institutional racism.” It’s unclear whether the coronavirus, which kills fewer people than the flu, will be an issue next January when the next administration is sworn in.

Biden recently told a young black man that if he didn’t vote for Biden, he ‘ain’t black.’

During the appearance at the chuch, Biden occasionally tripped over his words, displaying yet more signs of late-life cognitive decline. Speaking about police training, Biden suggested,

“Instead of standing there and teaching a cop when there’s an unarmed person comin’ at ’em with a knife or something to shoot ’em in the leg instead of the heart is a very different thing.”

Biden today on police training: "Instead of standing there and teaching a cop when there's an unarmed person comin' at 'em with a knife or something to shoot 'em in the leg instead of the heart is a very different thing." pic.twitter.com/2xgqvlQtJ2

Biden went on to critique President Trump’s response to COVID-19, claiming, “45-60,000 people would be alive instead of dead” because “he didn’t listen to guys like me back in January.”

In fact, had President Trump listened to Biden, he would have avoided the ‘xenophobic‘ tactic of instituting his January 31 ban on entering the US for anyone who had recently been in China.

After President Trump implemented his travel ban from China on January 31, Joe Biden said in Iowa "this is no time for Donald Trump's record of hysterical xenophobia and fear-mongering." pic.twitter.com/gru4jsiCVf

Biden is out of touch with his ‘captive’ black base 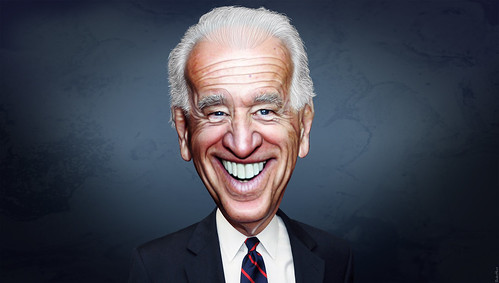 Unlike Biden, Delaware State Senator Darius Brown blamed the protests and riots spreading across the country on injustice, saying “What African Americans are expressing over the past few days are the need for economic opportunity, the African American community wants you to bring home the bacon for us.”

Brown continued, “The African American community did not experience the same economic opportunity as they did during the 90s,” referring to the period during the Obama-Biden administration after the 2008 crash.

During Biden’s appearance at the Church, Reverend Shanika Perry hinted that Biden should explain his endorsement of the 1994 Crime Bill brought in by Bill Clinton. The bill is blamed for filling the nation’s prisons with young black men.