As the 2020 presidential election continues to play out, there are some criticisms that have managed to stick with Joe Biden.

One of the most frequently noted points is the former vice president’s habit of misspeaking, forgetting himself in the middle of talking, etc. Americans have also noted that when Biden converses, he sometimes appears tired, confused, and disoriented. 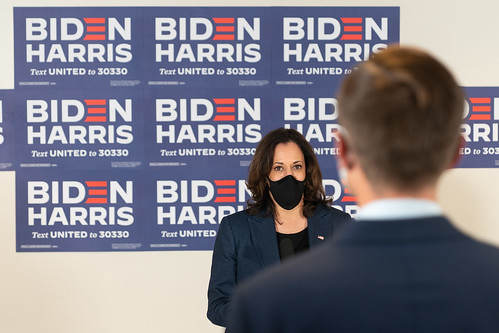 While Americans speculate about the quality of Biden’s mental faculties — or rather the lack thereof — he is also taking hits for a seemingly distant means of competing. Conservatives and the Trump 2020 re-election campaign have repeatedly slammed the former vice president for campaigning in his basement instead of in person before the American people.

Nonetheless, it appears as though Biden’s team is trying to stop this criticism from continuing to stick. New developments from Breitbart News confirm that Biden will participate in person at a CNN town hall later this month.

What to Know About Biden’s Upcoming Town Hall with CNN

The CNN town hall shall take place on Thursday, September 17 in Pennsylvania. Anderson Cooper will moderate the event and a live audience will be attending with adherence to social distancing.

As a nation, we must never forget those we lost on 9/11 and the incredible bravery of our first responders. Though the wounds of that day will never fully heal, the spirit of Americans recovered as it always does — unbowed by the efforts of those who strike against it. pic.twitter.com/Ogn7Sbvq1Q

Next week’s town hall will mark Biden’s first one since his acceptance of the Democrat Party’s presidential nomination. The former vice president is therefore expected to answer questions about his policies, campaign, and what he’d bring to the White House as commander-in-chief.

Biden may also answer certain direct inquiries from the audience; however, this has not yet been confirmed.

A Hidden Tactic to Regain Ground?

Although the leftist mainstream media remains all but silent about this, the riots across the nation have significantly hurt Biden’s campaign; the former vice president’s reluctance to condemn hate groups like Antifa also hasn’t helped his run for office either.

These are frontline workers against COVID-19, responsible for testing and distributing food and medical supplies.

Some Americans are speculating that Biden’s forthcoming CNN town hall is his way of trying to redeem himself among voters. While the former vice president has remained hidden away in his basement and with teleprompters, President Trump has visited state after state to hold numerous rallies.

Polls also show that Biden and Trump are neck-in-neck in many states; in certain states, however, Trump is ahead of the former vice president, even if by just a few percentage points.

What do you think about Joe Biden’s upcoming CNN town hall? Will you be watching it on September 17? Let us know down below in the comments section.