BLM donations funneled to the DNC, is it legal?

Millions of Americans have had their political passions enflamed by the protests, riots, and looting that have cut the coronavirus social distancing regime short. Besides hitting the streets, Americans who still have any disposable income after the economy was shut down have been pouring donations into their pet political causes. Recipients have included charities, activist groups, and political figures. Donations to Black Lives Matter have spiked as the nationwide riots were ostensibly sparked by the death of George Floyd at the hands of the Minneapolis Police.

BLM$ ->ActBlue -> DNC if youre incapable of observing facts & evidence, please scroll past this. 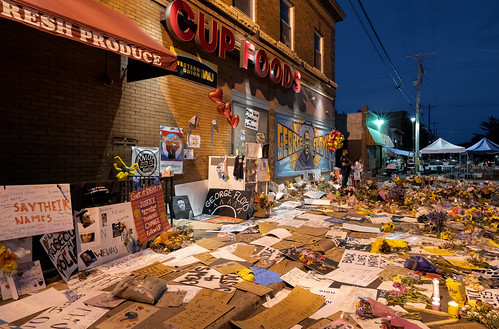 The Democratic Party has also benefited financially from the current atmosphere in the country. ActBlue is the main online center that takes in money for Democratic Party candidates and causes. Over the weekend, ActBlue processed over $60 million. The site brought in $19 million on Sunday alone.

Something isn’t quite right, however. A few days ago, a Black Lives Matter representative participated in an ‘ask me anything’ session on the forum platform Reddit. The rep avoided answering the question of where money donated to BLM goes.

Much of the funding going to the Democrats via ActBlue is coming directly and illegally from Black Lives Matter. Some fo the funding flowing from BLM to the Dems comes from foreign donors. Black Lives Matter markets itself as a global human rights movement fighting violence and systematic racism toward black people. BLM’s website, blacklivesmatter.com, has a ‘donate’ button that takes you directly to the Democrats’ ActBlue donation hub. BLM’s fine print verifies that donations go straight to ActBlue and the Dems. Money channeled through ActBlue goes straight to all the Democrat’s campaigns for the presidency, the senate, etc., and to the DNC itself. Funneling foreign donation money into American election campaigns is illegal.

Dem’s funding hub falsely set up as a charity

BLM donations go to ACTBLUE then they go directly to the DNC. Money laundering at its finest. pic.twitter.com/YhgpyRtpbL

In fact, ActBlue presents itself as a tax-exempt charity. It would be more accurately described as an illegal and corrupt funding apparatus of the Democratic party. Campaign financing is not a charity. Both the legal basis of ActBlue and the global donations it funnels to the Democrats should be thoroughly investigated.

The Democrats can kneel while wearing Ghanaian kente cloths all they want, as cringeworthy as that is in and of itself, exploiting the black community for financial gain doesn’t mesh with the ‘progressive’ optics the Dems are shooting for, especially when it’s illegal.