The Delaware Department of Justice announced Tuesday that two women charged with stealing a Make America Great Again hat from a boy sitting outside the Democratic National Convention in Wilmington had their charges upgraded to hate crimes.

According to DOJ officials, Camryn Amy and Olivia Winslow, both 21, were seen on video taking a MAGA hat off the ground in Justison Street’s 600 block outside Iron Hill Brewery, near the Riverfront Chase Center where the DNC was being hosted on August 20, 2020.

Two women charged with stealing a Make America Great Again hat from a boy seated outside the Democratic National Convention in Wilmington have had their charges upgraded to hate crimes, the Delaware Department of Justice announced Tuesday.  https://t.co/HcNyBEsDJb

“Violence in any form is unacceptable, but harming another person — let alone a child — because of the expression of their views betrays the principles on which our country was founded,” said Attorney General Kathy Jennings. “Free speech, free assembly, and free expression are sacred, no matter whether we agree with the opinions expressed, and especially when we don’t. That is as true today as it was when the Bill of Rights was ratified. Our Division of Civil Rights and Public Trust will continue to defend everyone’s fundamental rights.” 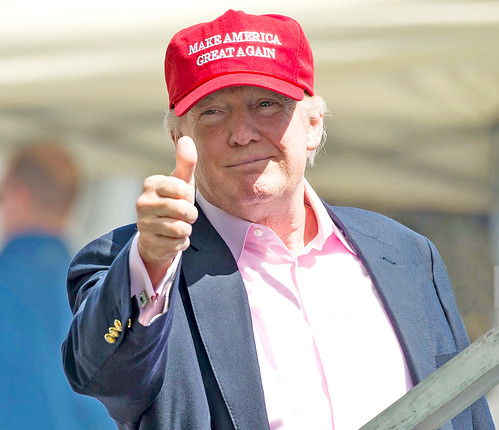 The DOJ explained that each woman committed or attempted to commit the crimes of robbery, assault, and endangering a child’s welfare in order to interfere with the free exercise or enjoyment of a right, privilege, or immunity that is protected by the U.S. First Amendment. Because the victim had “exercised or enjoyed said right or rights.”