American Bridge is a pro-Biden research group and super-PAC. In 2018, the organization accepted a donation of stock in the Chinese internet giant Baidu worth 100 000 dollars. Baidu is Google’s main competitor in the Chinese market and provides many of the same services, such as its flagship search engine. Naturally, like Google, Baidu is deeply involved in collecting, analyzing and selling its users’ private data. The difference is that Baidu has close ties to the Chinese Communist Party and operates mainly in a market characterized as a communist police state where individual rights and privacy mean nothing.

Given its ties to the state, Baidu is deeply involved in controlling and restricting the flow of information in China. All businesses in China, like the state apparatus itself, are subordinated to the Chinese Communist Party hierarchy. no organization of any description is allowed to exist in China without direct Communist Party oversight.

China-funded PAC to become main backer of the Biden campaign

America Bridge’s PAC recently joined forces with another pro-Biden super PAC, Unite the Country, to spend 175 million dollars to get Joe Biden elected in November. The alliance aims to be the largest independent backer for the Biden campaign. They have set up a ‘dark money group’ that could see tens of millions of dollars in additional funding supporting Joe Biden.

The Chinese Communist Party has made its preference for Biden over Trump crystal clear. Biden’s ties to the Chinese state go back decades. Joe Biden was responsible for pushing through China’s entrance to the World Trade Organization despite concerns about China’s flaunting of international law. Biden’s son Hunter joined his father on a state visit to China in which he cut a multi-billion investment deal for a firm on the board of which he sits. 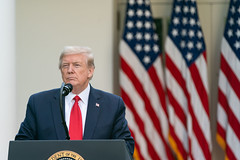 President Trump has recently commented that China will do anything they can to keep him from getting re-elected. Trump has placed heavy pressure on China in the field of trade and over China’s origination and handling of the COVID-19 crisis. Recently, Trump announced that he would make China pay for the impact that COVID-19 has had on America and its economy. China is one of the world’s top holders of US sovereign debt. The US government could decide to deduct a certain amount from that debt as compensation for COVID-19.

The difference in positions on China between Trump and Biden illustrates a broader rift among American decision-makers over which is the greater threat to American interests, Russia or China. China is home to nearly a quarter of the world’s population. China’s military has less advanced technology than Russia’s, but China’s economy is nearly the size of America’s. Russia’s economy is similar in size to that of New York State or South Korea.