We may finally learn what Hillary Clinton was hiding on the private email server she used to conduct government business while serving as Secretary of State for the Obama administration. Private watchdog Judicial Watch is seeing success in pursuing its Freedom of Information Act crusade to find out what was on that server.

HUGE: Hillary Clinton alleges she is too important, as a former gov't official, to be required to comply with a federal court order to testify on unanswered questions on her email misconduct. https://t.co/1Yc05G3bUv https://t.co/ZAFkgPHFOo

The events surrounding the 2012 murder of US ambassador J. Christopher Stevens during a terrorist attack in Benghazi, Libya are of particular interest. Allowing an ambassador to get murdered is a rare distinction for a US Secretary of State. Clinton is suspected of using her office to enrich herself and her family through the Clinton Foundation. The purpose of the private email server was to avoid federal open records statutes. 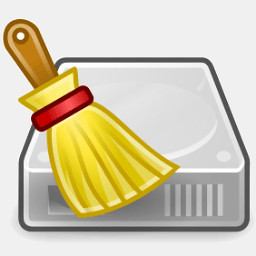 Judicial Watch recently subpoenaed Google after learning that the corporation may have backup copies of the emails from the private server. Clinton avoided a subpoena by the House Select Committee in 2016 by wiping her hard drives with a program called Bleachbit that is designed to leave no trace. It turns out that one of her aides used Google Drive to transfer the emails, leaving Google with the copies.

The aid, Paul Combetta, was granted immunity by the Obama administration. In August 2019, US District Court Judge Royce Lamberth ordered Judicial Watch to continue pursuing the issue. Among the troubling details that led to the order is evidence that Combetta wiped the hard drives on Marck 25th, 2015, when subpoenaed to hand them over nearly a month earlier.

Google has until May 13 to hand over the emails, although there is no guarantee that they won’t find a way around it.

Federal agencies usually act to protect current and former cabinet officials from investigation. The State Department and Justice Department’s support for Clinton has just run out. On March 2, Judge Lamberth denied Clinton’s request to shut down the inquiry. Clinton and her former Chief of Staff Cheryl Mills immediately filed an emergency appeal to avoid both of them being required to give testimony under oath.

Given that Clinton’s previous explanations given to the court for using the private server are so full of holes and her appeal so lacking in justification that the Judge has decided this week to reject it. The State Department and Justice Department declined to lend the appeal any support. Judge Lamberth noted that every stage of Judicial Watch’s investigation yielded new and interesting information pointing to criminal behavior on the part of Hillary Clinton.

HUGE: DOJ does NOT support Hillary Clinton's desperate appeal to avoid testifying to @JudicialWatch on her emails and Benghazi attack records! https://t.co/1Yc05G3bUv https://t.co/OnijP9jM6l