During an appearance on the CNN show, Larry King Live in 1993 Tara Reade’s mother, Jeanette Altimus, discussed the “problems” that here daughter faced while working for the then-Senator for Delaware. A video clip of that episode of Larry King Live has recently been removed from Google Play. It is not immediately clear who is responsible for removing it. This story comes after the New York Times watered-down an article on the sex abuse allegations against Biden after pressure from his campaign team.

When confronted, CNN communications spokesperson Matt Dornic took to Twitter to call the allegation “BS,” but later deleted the tweet. The video clip is available elsewhere and joins the growing mountain of clips online that expose Joe Biden as a sexual predator. Many of the clips have been compiled on the site joebiden.info.

#BREAKING: HERE is the video from August 11,1993's 'Larry King Live' described by @TheIntercept (and Tara Reade) as allegedly featuring her mother calling in and alluding to Reade's sexual assault claims against @JoeBiden (blog here by @ScottJW) https://t.co/fCgEqBnX7n pic.twitter.com/V5FGHskv56

Read has filed a criminal complaint with the Washington DC Police regarding an incident in which Joe Biden held her against a wall and violated her. The Biden campaign has called the allegation ‘untrue.’

Double standards in the news media 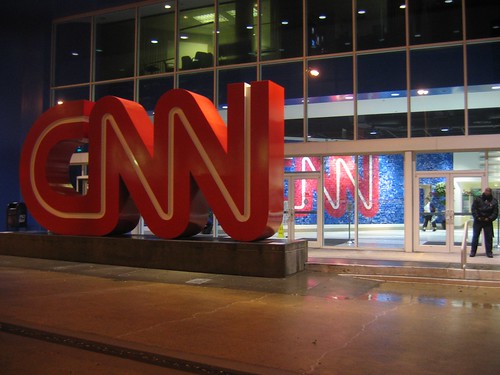 The mainstream media has shown blatant double standards in its coverage of the sexual abuse accusations against Joe Biden and those made against Brett Kavanaugh during his nomination for the Supreme Court. First, although CNN owns the video evidence of Tara Reade’s mother raising the issue on one of their shows, they have shown no due diligence in uncovering and reporting on the issue.

Christine Blasey Ford’s allegation against Kavanaugh received blanket coverage from the day that she made it public. Ford’s claims never had the testimonial and video evidence to back them up that Reade’s claims have.

The hashtag #dropoutbiden is now trending on Twitter as evidence of his sexual impropriety becomes harder to ignore. The mainstream media are resisting anything approaching the kind of coverage that sex abuse allegations received a couple of years ago, and we are still waiting for an interviewer to confront Biden with the issue live. Corporate donors to the Biden campaign will resist writing off their investment unless absolutely necessary.

I am a professional in the field of sexual violence. I find Tara Reade and her allegations of rape against @JoeBiden to be credible and believable and I am calling for Joe Biden, who has been credibly accused of rape, to drop out now. #DropOutBiden

Tara Reade has criticized the media for not lending her story the same coverage as, Blasey Ford’s, for example, both in volume and focus. When interviewed by mainstream reporters, Reade notes that they focus on trying to find a way to discredit her. Reade notes that even major women’s advocacy groups have been silent on her story when they have vocally supported previous cases with less evidence. Reade believes that such groups are afraid that they will lose government funding if Biden is elected.