No less than a hundred police forces have backed out of arrangements to provide security at next month’s Democratic National Convention. The law enforcement organizations take issue with a move to limit their ability to use tear gas and pepper spray in the event of violent riots.

Alfonso Morales, Milwaukee’s Chief of Police, has been ordered to restrict his force’s use of tear gas and pepper spray. He told local news, “Since the Milwaukee order was issued, more than 100 law enforcement agencies in Wisconsin and across the country decided against coming to Milwaukee. They were concerned with directives placed on the police department, including not allowing tear gas or pepper spray.”

In case you didn’t hear,

Over 100 police agencies have pulled out of an agreement to protect the DNC Convention in Milwaukee.

Who can blame them?

BREAKING: Over 100 US Police Agencies Pull Out of Agreements to Guard the Upcoming Democrats Convention.

After all the shout about “Defund the Police! Police is the Cancer!” The DNC still wanted Police Protection! Liberalism is indeed a mental health emergency! #Trump2020! RT pic.twitter.com/XdXDlzrmro

Rick Oliva, Chief of police for Franklin, Wisconsin, has said, “It is apparent there is a lack of commitment to provide the Milwaukee Police Department with the resources it needs to ensure the safety of peaceful protesters, attendees, citizens and police personnel. I can not send personnel if they are not properly equipped or will not be allowed to engage in appropriate actions which would ensure their safety.”

Daniel Thompson, police chief for Waukesha, chimed in, “I understand that use of chemical irritants and pepper spray is serious and those are to be used only when legally justified. But when you take that out of the continuum that doesn’t leave the officers much other than getting harmed or using deadly force and that’s not good for any officer or the public.” 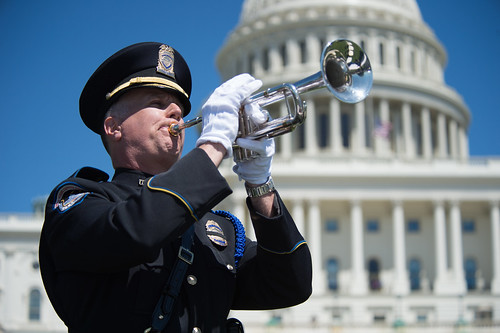 Speaking before the House Judiciary Committee yesterday, Attorney General Bill Barr said, “Unfortunately, some have chosen to respond to George Floyd’s death in a far less productive way – by demonizing the police, promoting slogans like ACAB (All Cops Are Bastards), and making grossly irresponsible proposals to defund the police. The demonization of police is not only unfair and inconsistent with the principle that all people should be treated as individuals, but gravely injurious to our inner city communities. There is no harder job in America today than being a police officer.”

Barr also commented on the rioters who have been besieging a federal courthouse for weeks, describing the situation as “an assault on the Government of the United States.”

Barr continued, “In recent nights, rioters have barricaded the front door of the courthouse, pried plywood off the windows with crowbars, and thrown commercial-grade fireworks into the building in an apparent attempt to burn it down with federal personnel inside.”

Leading Democrats have openly lied to claim that the rioters are peaceful, while Nancy Pelosi described federal law enforcement officers as ‘storm troopers.’ Some of those officers deployed to protect the federal courthouse in Portland may be permanently blind thanks to the rioters’ attacks.