The hypocrisy and double-standards of the Democratic crazy train are remaining true to form throughout the coronavirus pandemic. Nancy Pelosi has been a leading mouthpiece in the war of words against President Trump. Only a few days ago Pelosi went on record saying, “As the President fiddles, people are dying. We just have to take every precaution.”

.@SpeakerPelosi says the President downplaying the severity of #coronavirus is “deadly."

“As the President fiddles, people are dying. We just have to take every precaution.” #CNNSOTU pic.twitter.com/y8bFNbaPJy

The House Speaker went on to say that Trump’s “denial at the beginning was deadly,” referring to the COVID-19 outbreak. When a liberal makes an accusation against one of his or her adversaries it’s always a safe bet that they are projecting. Nine times out of ten, they are guilty of the misdeed in question. 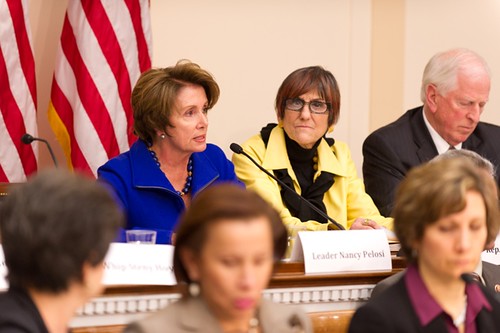 It was only in late February that Pelosi’s denial of the gravity of the COVID-19 outbreak led her on a mix and mingle trip to San Fransisco’s Chinatown. By then, it was already common knowledge that mass gatherings were a key factor in the spread of the virus, particularly religious gatherings in countries such as South Korea and Iran. Pelosi is seen, mask free, flaunting all social distancing precautions, among crowds of local business owners, assuring everyone that ‘everything is fine here.’

[2/24/20] Pelosi visited Chinatown in San Francisco, after reports that shops had seen a decrease in business because of coronavirus fears. The speaker assured everyone that 'everything is fine'

Where's Feinstein when you need her? pic.twitter.com/drgZtVTDKw

The following day, San Francisco mayor London Breed declared a state of emergency over the pandemic.

Democrats realizing that COVID-19 is killing their 2020 chances

Despite all their shrill condemnations, Trump’s response to the pandemic is turning into his strongest campaign issue. The president’s travel bans, as counter to globalist dogma as they are, are one of the few things guaranteed to slow the spread of the virus.

Up until the pandemic, Trump could boast of ‘the greatest economy ever,’ and as the pandemic struck the economy, many of his enemies were ecstatic to see people’s livelihoods wiped out in the hope that it would be the end of the bad orange man. Sadly for them, the president can hardly be blamed for the sudden outbreak of a global pandemic, and his reaction has been outstanding. Despite the Democrats barking at his heels, 77% of Americans have faith in the federal government’s ability to handle the pandemic.

Given Trump’s indisputable record of lighting a gas fire under the pre-COVID-19 economy, who better is there to trust with getting the economy back on track once the virus has been defeated? The more indefensible vitriol his critics throw at him, the stronger the president becomes and incoherence of their message is laid bare.