On Tuesday, following a 2-year investigation, the FBI arrested an attorney and four members of the city council of Toledo, Ohio for involvement in a complex bribery and extortion scheme. All politicians arrested are Democrats.

Following the arrests, US Attorney Justin Herdman said on Fox News, “As alleged in the Complaint, four Toledo City Council members and a local attorney have been engaged in a pay-to-play scheme involving bribes for Council votes. Maintaining the public’s trust in its elected officials is one of the Department of Justice’s core responsibilities.”

Awkward Toledo City Council Meeting – 3/4 of the indicted members refused to leave the meeting so it was cancelled pic.twitter.com/0w6Lm1GXhy

The four members of the Toledo city council and the associated attorney have been charged with distributing various ‘benefits’ in exchange for votes. The FBI has said that the defendants accepted monetary and valuable non-monetary gifts from local business owners. All were tantamount to bribes to influence city leaders’ votes.

It is unclear how many laws have been passed in Toledo on the back of this bribery scheme. The four city council members constitute a third of that body, enough to sway the vote on a regular basis.

Yet another question must be raised, in light of this news: how many more city council members, across the entire country, are engaged in similar schemes? If leaders from this Ohio town are doing it, what about leaders in larger cities like San Francisco, New York, Los Angeles, and more?

The swamp isn’t just in DC 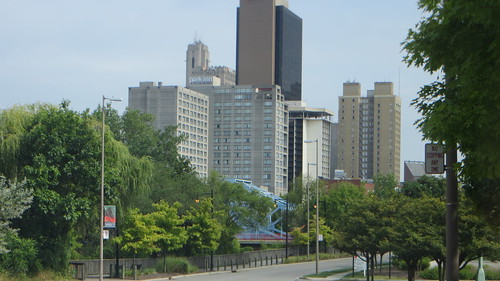 Corruption of this type thrives in times of crisis. The more desperation abounds and the less resources there are to distribute, the more likely it is that people, especially politicians, will cut some corners and look out for ‘number one.’ The Trump administration has helped reign in corruption around the country, from a former mayor of Baltimore to the horrific Epstein child-sex extortion ring.

The administration has also been a major target of corruption. Every day new details come out about the high-level abuse of office involved in setting a perjury trap for Michael Flynn. Russiagate and the impeachment debacle were mounted to distract from and escape prosecution for high-level corruption. Joe Biden is on video admitting to doing exactly what Trump was impeached for, blackmailing the Ukrainian government with public US funds.

Democracy is a fragile thing and its biggest weakness is probably how easily politicians can be bought. Ben Carson’s push to introduce congressional term limits is a vital step to break up political mafias at the highest level. Clearly, Americans much be vigilant in protecting their democracy at every level.