“Support For Vernon Jones” (CC BY 2.0) by TimothyJ

Vernon Jones is a Georgia State Representative known for an outspoken, unfiltered style not so different from that of the President. Jones cited record black employment figures and support for traditionally black colleges when he endorsed the President’s re-election campaign a few days ago.

These commendable facts regarding President Trump’s performance were not enough to save Jones from vitriol and harassment coming from other members and officials in his own party. The scale of the disrespectful treatment Jones received not only exposed the fact that the bigotry of so-called progressives outstrips that of their adversaries, but led to Jones announcing his resignation as Democratic State Representative. Jones himself referred to his Democratic colleagues as ‘the bigots they claim to hate.’

Vernon Jones decides to stay on the battlefield 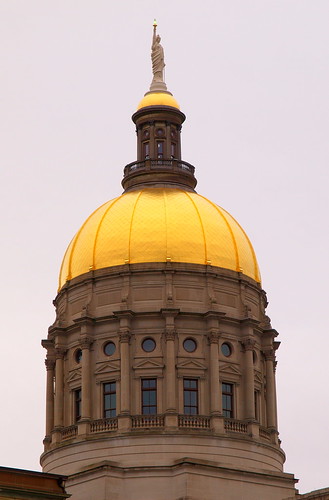 If there is one thing that Americans love, that we have been starved for, it is politicians who talk straight and call it like they see it, without mealymouthed, calculated posturing and virtue signaling. As soon as Vernon Jones announced his resignation, the public rushed to his support. This led Jones to reassess and to decide that he cannot let his supporters down. He has since announced that he will not resign, adding, “I will continue to let the Democratic Party know that the bigotry within this party is hurting African-Americans — and more and more African-Americans are thinking independently.”

Yesterday, I announced my intentions to resign from my office. But shortly thereafter, the outpour of support I received was too great for me to ignore.

I will not allow the Democrats to bully me into submission. I will not let them win.

I will NOT resign. #MAGA pic.twitter.com/gR2MsU5Rb3

Jones has been in Georgia state politics since 1993, both in the state legislature and, for eight years, as the CEO of DeKalb county.

The Democratic Party is also exploring how it will punish Michigan Representative Karen Whitsett, who publically thanked President Trump for saving her life from COVID-19 by supporting the use of hydroxychloroquine, which cured her. Party representatives also claim that Whitsett broke protocol by meeting the President at an event for COVID-19 survivors on April 14.

The party expected Whitsett to put her personal life and death struggle aside and stick to the party line that Trump’s leadership was somehow misguided despite no meaningful counter-policy being offered at any stage of the pandemic by Democratic leadership.