On Friday, a panel of three judges of the 9th U.S. Circuit Court of Appeals threw out the ban on high-capacity ammunition magazines in California, saying the legislation violates the United States Constitution’s protection of the right to bear arms.

“Even well-meaning laws must pass constitutional patterns,” Judge Kenneth Lee argued to explain the court’s majority decision. California’s ban on magazines containing over ten rounds “strikes at the core of the Second Amendment — the right to armed self-defense.”

He acknowledged that California passed the legislation “in the wake of heart-wrenching and highly publicized mass shootings,” but said that’s not enough to justify a ban whose scope “is so sweeping that half of all America’s magazines are now illegal to own in California.”

REPORT: In a stunning decision the 9th Circuit has ruled in (Duncan v Becerra) IN FAVOR OF GUN RIGHTS by affirmng that #California's ban on possession of high capacity magazines holding ten rounds or more violates the #2ndAmendment. pic.twitter.com/M07NnXH3dJ

Anti-gun groups not giving up

The office of California Attorney General Xavier Becerra said it is reviewing the ruling. He “remains committed to using every possible tool to defend gun safety laws in California and to safeguard our communities.”

Gun owners can not rush to buy high-capacity magazines immediately, because a stay issued by the judge of the lower court is still in place.

Yet Becerra didn’t know whether the state would request a further delay in Friday’s decision to avoid an immediate buying spree if the lower court lifts that ban. Gun advocates reported that more than one million high-capacity ammunition magazines would have legally poured into California over one week before the judge stayed his decision three years ago.

Becerra also did not say if he would petition a broader 11-judge appeals court to review the three judges’ decision, or whether he would appeal to the United States. Super trial.

Gov. Gavin Newsom, who introduced the ban on magazines while he was the lieutenant governor, defended the legislation as a critical measure for the prevention of gun violence.

“I think it was fine, I think it was good, and … The vast majority of Californians wanted to support the ballot measure that we were bringing forward,” he said Friday. 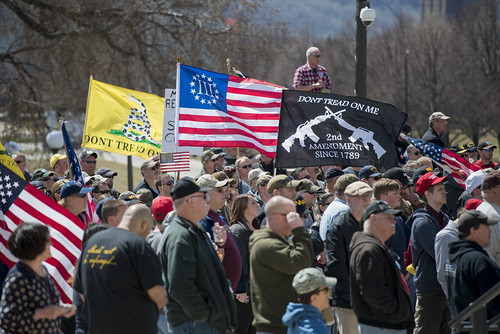 California Rifle & Pistol Association attorney Chuck Michel called Friday’s decision “a huge victory” for gun owners “and the right to choose to own a firearm to defend your family.” In contrast, it was called “dangerous” by a group that favors firearms restrictions and expects it to be overturned.

The decision has broad ramifications as other states have similar limitations, but it applies immediately only to Western states under the jurisdiction of the appeals court.

Gun rights advocates have sought to put these cases before the country’s high court, now that it has a more conservative majority.

The opinion written by an appellate judge appointed by President Donald Trump “should put gun safety advocates across the country on high alert,” said Hannah Shearer, director of the Giffords Law Center Litigation. “These judges on our appeals courts are gaining potentially irreversible inroads.”

Nevertheless, in June, the majority of the Supreme Court refused to hear any challenges to federal and state gun control regulations, including the ban on large-capacity munition magazines by Massachusetts.