Indianapolis local news WXIN reported that “Starting Wednesday, state and local fees will be waived for the five-year, previously four-year, ‘Qualified License’ and the ‘Unlimited License’ gun permits in Indiana with legal protections for gun owners against civil lawsuits.”

We're eliminating the fees for a five-year license to carry a handgun and providing greater protections to law-abiding gun owners. Here in Indiana, we believe in the 2nd Amendment. https://t.co/Q6VbRdmCZw

Indiana setting an example for the nation

Republican State Representative Ben Smaltz, a co-author of the bill, said that “removing financial barriers to someone being able to exercise their Second Amendment right is very important. It came to light over several hearings, and it was our goal to eliminate those barriers for cost.”

Republican Governor Eric Holcomb signed the law earlier this year. The law also strengthens stand-your-ground laws in the event of a forcible felony. It gives Indianans “complete immunity against any claim or action initiated by a person: (1) who alleges to have been injured or damaged by any such use of force; and (2) whose conduct justified the use of force.”

It also gives people in Indiana the right to carry guns in church if church authorities allow it.

Naturally, The National Rifle Association (NRA) has supported the bill.

The NRA’s Institute for Legislative Action stated on its website, “Removing barriers for lawful carry in Indiana, including taxes and fees, is significant for many Hoosier gun owners that desire to carry for the defense of themselves and others.”

Meanwhile, Virginia, long ruled by the Republicans, has fallen to the Dems and is seeing a hollowing out of residents’ Second Amendment rights.

In Indiana, Republican lawmakers have recognized that firearm licensing fees that are unaffordable for some contravene those people’s Second Amendment rights. 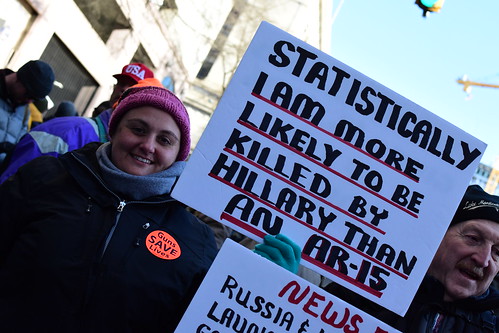 The rampant rioting and looting that has taken place alongside the protests sweeping the country, especially in Democrat-run cities, have caused a surge in gun purchases. Given that many Democratic-run jurisdictions are insanely pushing to defund the police, Americans are left with little recourse but to protect themselves.

Hopefully, Indiana will, in this respect at least, stand as an example to the nation that the Constitution is not negotiable, it is what holds the republic together, guaranteeing our rights and freedoms.