On Tuesday the Trump administration won a court ruling allowing it to carry out its plan to force hospitals and insurance companies to be transparent with the real prices for medical tests and procedures. The purpose of Trump’s plan is to increase competition and reduce medical costs for Americans.

Alex Azar, Trump’s Health and Human Services Secretary called the decision by a Washington DC federal court “a resounding victory.” It is also a great example of Trump fulfilling his election promises by making healthcare more accessible and affordable to ordinary Americans.

Trump tweeted in celebration, “This may very well be bigger than healthcare itself. Congratulations America!”

A common sense way the Trump administration is helping ordinary Americans: Hospital price transparency. There is still a lot to do to make the healthcare system work for America but this is a positive step. Let's hope the appellate courts uphold this summary judgment ruling. https://t.co/vSqL3g6NAm

However, the American Hospital Association which lost its attempt to sue the Trump administration and obstruct the new rules said it would appeal. The Hospital Association claims that compelling them to be open about prices negotiated between hospitals and insurers is somehow tantamount to coercion.

Azar countered that “American patients deserve to be in control of their healthcare. Especially when patients are seeking needed care during a public health emergency, it is more important than ever that they have ready access to the actual prices of health care services.”

The hospital association is complaining that the ruling will reduce profits in the midst of the coronavirus pandemic. As such, a representative of the association has announced that they will apply for an expedited appeal.

If the appeal fails the new rules will come into force in January. 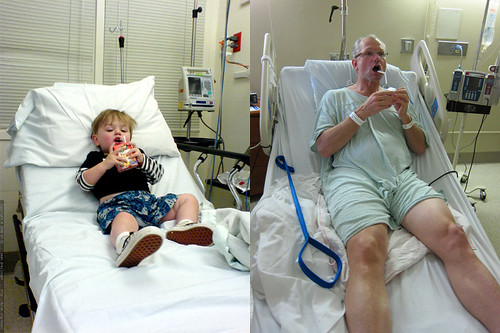 Cynthia Fisher is an advocate for patients. She says the ruling is what Americans want: “Americans want hospitals and insurance companies to reveal their hidden prices and believe that it will lower prices,” said Fisher.

The ruling demands that hospitals do two things. First, they must publish the negotiated rates for 300 common medical services that require a booking. They must do so in a way that is easy for the average American to understand and update the publication annually. Examples of the services include knee surgery, childbirth, and MRI scans. Second, hospitals will have to publish the rates online in a computer-readable format. That will allow the creation of apps and web services to help patients navigate their medical options.

America’s Health Insurance Plans, the medical industry’s professional association claims, “Forced disclosure of privately and competitively negotiated rates for every single health care item and service will not be helpful to consumers or simplify their health care experience, but will instead undermine competition, push prices higher, and ultimately reduce affordability, This is not a solution that works for Americans.”