Next week, the Senate Homeland Security and Governmental Affairs Committee will hold a vote on issuing a subpoena to a Democratic consulting firm over the dealings of Joe Biden and his son Hunter in Ukraine. The consulting firm, Blue Star Strategies was working for Burisma Holdings in 2016, a Ukrainian energy firm that has had Hunter Biden as a board member since his father spearheaded the overthrow of Ukrainian President Yanukovich in 2014. Hunter made over $3 million on the board of Burisma.

The plan to subpoena Blue Star indicates that the committee’s probe into the Bidens’ corrupt ties to Ukraine is deepening. Documentary evidence has been trickling out from Obama Administration records at the National Archives and elsewhere.

Burisma has been the subject of multiple criminal investigations in Ukraine, which is largely why they accepted consultation from Blue Star. Just after the 2016 presidential election, representatives of Blue Star met with the then-US ambassador to Ukraine Marie Yovanovich to seek help polishing Burisma’s scandal-ridden public image.

Yovanovich neglected to mention the meeting during her impeachment testimony last year, potentially perjuring herself. Andrii Telizhenko, an ex-Ukrainian official, has told the Senate Homeland Security and Governmental Affairs Committee that he was covertly hired by Blue Star to get Ukrainian prosecutors to drop investigations into Burisma. The lobbying succeeded by early 2017.

The committee wants to subpoena Tilezhenko, but so far has been blocked by Mitt Romney, who also has a close friend on the board at Burisma. Once the hurdles the investigation faces have been overcome, it is expected that they will reveal much about high-level corruption in the supposedly ‘scandal free’ Obama administration.

Romney In Panic Mode After Republicans Launch Investigation In Burisma & His Connections Come To Light https://t.co/lBaQ6XbLNA

Besides the work of Blue Star, Joe Biden has been recorded publically boasting about pressuring Ukraine to fire a prosecutor investigating his son’s company.

Former US ambassador lied to Congress 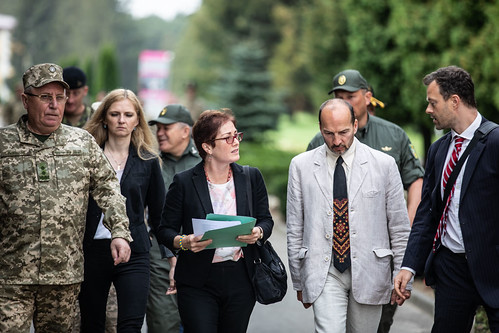 Thus far, the investigation has uncovered the lies that then-US Ambassador to Ukraine Marie Yovanovich made before Congress in her impeachment testimony. Although She claimed to know nothing of the issue, records show that Yovanovich not only met with Blue Star but engaged in correspondence with the firm over an extended period. The focus was on ending the corruption investigations into Burisma before the Trump Administration took power, threatening the profit and reputation of those involved, especially the Bidens.

WOW! Fired Ambassador Yovanovitch LIES Under Oath – Changes Her Story About Burisma During Testimony… Shouldn't She Be 'Roger Stoned' Too? https://t.co/aS3k0E2IbF