A New York Times story about the Russian government paying bounties to the Taliban for every American serviceman killed has been making the rounds. As usual with the mainstream corporate media’s sensationalist Russia stories, this one is based on nothing more than ‘anonymous sources’ and serves a clear political purpose of keeping the unsubstantiated notion that Trump is cozy with the Russians front and center.

Russia has snatched the title of world’s lowest cost and most resilient oil producer from America and its allies while Russia’s military creates zones in Europe and the Middle East in which the US military cannot pursue its goals. Trump is not part of the vast patronage hierarchy to which the Clintons, Biden, and others belong and is not beholden to pursue their long-term agenda. He is the only president in living memory who has not started a war, which would greatly bolster demand from the global oil industry’s #1 customer, the US military.

In 2016, the NSA also strongly dissented from the CIA's — aka John Brennan's — assessment that Russia meddled in the US election to elect Trump. https://t.co/TlNbjERp8D

Here we go yet again with another Russia story right before the election.

Do we have any proof or is this just another fake story put out by the New York Times?

Make no mistake, Russia is not an ally, but calling Trump #TraitorTrump every time he interacts with Putin is crazy.

Joe Biden ‘presidentially’ crept out of his basement yesterday for his first press conference in 3 months to decry Trump’s ‘dereliction of duty’ over the Russia-Taliban rumor.

At the same time, the Wall Street Journal published a story underscoring that the NSA strongly dissented from other intelligence agencies’ appraisal of the bounty narrative. This report from America’s most professional news source supports the White House’s handling of the non-issue. Like the White House, the WSJ noted that the information was not verified and that there was no consensus among intelligence agencies on it. Another Steele Dossier, then, a damp squib.

As the WSJ reported, the NSA’s dissent kept the report from being included in any of the president’s daily intelligence briefings.

This is the third time that an intelligence agency has explicitly distanced itself from the hushed words of the NYT’s ‘anonymous intelligence sources.’ The NSA also has a track record of contradicting the Russia hysteria coming from other quarters of the deep state.

Other intelligence agencies chime in, chastising the NYT’s fake news 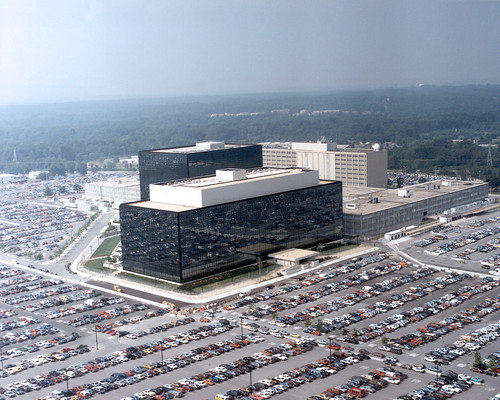 On Saturday John Ratcliffe, the Director of National Intelligence “confirmed that neither the President nor the Vice President were ever briefed on any intelligence alleged by the New York Times in its reporting.”