As Election Day gets closer and closer, the Trump campaign is increasing time spent on the campaign trail.

Unlike Joe Biden, President Trump does not have to remain hidden in a basement; moreover, the president also has a vast network of individuals who are willing to campaign on his behalf and, by extension, the wellbeing of America. 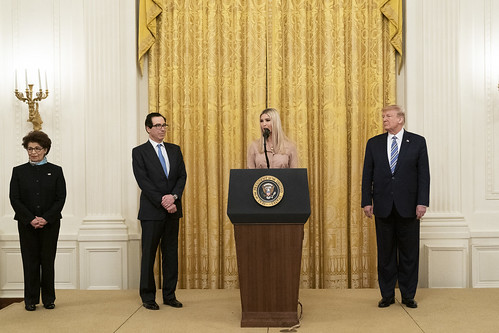 Over the course of this week, first daughter Ivanka Trump will be campaigning in several states to help President Trump win four more years in office.

What to Expect from Ivanka Trump on the Campaign Trails

Later today, the first daughter will spend time in Wilmington, North Carolina to speak with community members; conversations will revolve around the impacts that President Trump has had on workers across various sectors.

Then during Wednesday and Thursday, the president’s eldest daughter will spend time in Texas, Arizona, and Florida. Each of the states where Trump is set to appear are ones that her father won during the 2016 presidential election; however, this year’s election is set to appear more competitive than four years prior.

Excited to be headed back to North Carolina tomorrow! https://t.co/MEEQDKKsyF

The first daughter’s time in different states this week will come shortly after her recent visit to Pennsylvania and shared remarks at last month’s GOP National Convention.

Throughout President Trump’s time in office, the first daughter has had a hand in legislation regarding the child tax credit, fighting human trafficking, criminal justice reform, and the provision of paid family leave.

With less than 60 days left until Election Day, the stakes continue to get higher.

The first daughter’s appearances today and later in the week come after President Trump’s time in Nevada. While campaigning, Trump urged Nevadans to convince their Democrat governor to get the state’s economy up-and-running again.

Likewise, the president warned that Biden lacks the political and mental fitness to lead the nation. Trump’s 2020 re-election campaign has also criticized Biden for failing to make public appearances this past weekend; earlier this morning, a video surfaced of the former vice president confusingly asking his team where he’s set to visit this week.

Are you excited to see Ivanka Trump on the campaign trails? Will you be attending a pro-Trump event near you? Let us know down below in the comments section.