One of the key witnesses in the Mueller investigation has been sentenced to ten years in prison after pleading guilty to various pedophilia charges.

George Nader is a Lebanese businessman with close ties to the 2016 Clinton campaign. Nader has been indicted for illegal contributions to the Hillary Clinton Campaign. When detained by Mueller’s agents in 2018, child pornography was found on Nader’s phone.

NEW: George Nader, who was a key witness in the Mueller investigation and an informal Trump adviser, sentenced to 10 years in prison in child sex case https://t.co/vDqvy1NS8b pic.twitter.com/YsYzefuW4B

Why does Hillary Clinton have so many ties to convicted pedophiles?

Nader was charged for the image without his knowledge while he continued to cooperate with the Mueller investigation. Nader was also indicted for sex-trafficking a 14-year-old boy.

Mueller’s team allowed Nader to roam free until his use to the Russiagate investigation expired, nearly a year and a half later.

The whole time, Mueller and his team were fully aware that Nader had been convicted on child pornography charges in an American court back in 1992. Nader got off light on those charges for helping to free American hostages in Lebanon. In 2003, Nader was convicted on 10 counts of engaging in sex with underage boys. This only led to a one-year prison sentence.

Nader’s indictment for illegally financing the 2016 Hillary Clinton campaign came in late 2019. Nader appears to have acted as an intermediary for funding and influence from more powerful Middle Eastern sources. 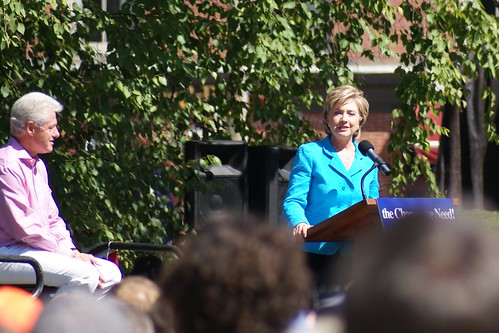 Nader’s indictment for illegal campaign financing involves his attempt to gain influence with Clinton on behalf of a foreign official, according to the DOJ. Nader and another Middle Eastern associate went to great lengths to peddle influence and conceal their funding practices and financial backers.

Their tactics involved getting American political committees to ‘unknowingly’ submit falsified disclosure reports. All the while, Nader organized and attended many funding and campaign events in close collaboration with Hillary Clinton. Hillary is known for harassing Bill Clinton’s alleged sexual abuse victims into silence and turning a blind eye to his dozens of trips on convicted pedophile Jeffrey Epstein’s ‘Lolita Express’ flights.

The DOJ has refrained from disclosing the identity of the foreign official that Nader was working for. To a far lesser degree, Nader has also attempted to peddle influence among the Republicans on behalf of his powerful Middle Eastern client.