Democrats in Congress appear to be at a crossroads.

Under the leadership of House Speaker Nancy Pelosi, Democrats in the lower congressional chamber have repeatedly come under fire for the inability to work across the aisle. This inability has been magnified by a litany of impasses and stalemates regarding the provision of coronavirus aid to Americans. 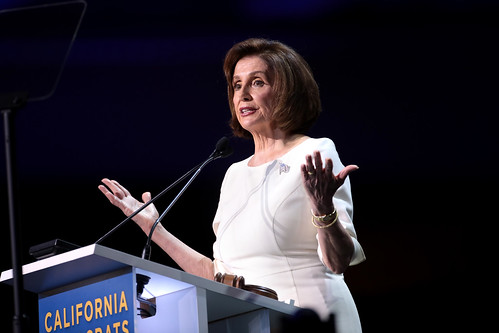 Some moderate Democrats have expressed frustration with Pelosi’s hardball means of dealing with Republicans in Washington. Moreover, the House Speaker’s controversial leadership is causing her and House Democrats in general to take some heat.

The Socialist Way for the Democrat Party

Republicans are eagerly working to regain control of the House of Representatives, come November. As such, the GOP has repeatedly torn into both Speaker Pelosi and the lack of results that the Democrat majority in the House has produced.

While conversing, the California Republican professed that there “isn’t one” issue in America that House Democrats have solved; McCarthy also slammed the body for their decision to “[embrace] the socialists,” stating that they ought to be ashamed of themselves.

The Democrats in Washington should be embarrassed by how much they have embraced the socialists. pic.twitter.com/Jk7rrL4YIh

Later on, McCarthy also informed that Speaker Pelosi is not interested in working with Republicans for the betterment of the nation.

The GOP Leader notified that when President Trump successfully brought about world peace for the Middle East, the House Speaker refused to attend the event at the White House; Pelosi also attempted to keep other House Democrats from going to the White House’s event.

The Push to Remove Pelosi as House Speaker

It turns out that Leader McCarthy is not the only Republican in Washington who has a bone to pick with Speaker Pelosi.

As a matter of fact, members of the House Freedom Caucus are urging the House Minority Leader to submit a resolution for the removal of Speaker Pelosi. The caucus maintains that the House Speaker’s leadership in Congress, rhetoric about Republicans, and decision to get her hair done at a shuttered hair salon in California reeks of “elitism.”

2) In other words, a minority caucus, inside the minority party must somehow drum up a majority of votes on the floor to remove the Speaker.

No Speaker in US history has ever faced a leadership challenge in the middle of a Congress.

The GOP Leader, however, believes that the best means of defeating Speaker Pelosi and flipping the House red again is at the ballot box.

What do you think about the performance of House Democrats? Do you think House Speaker Nancy Pelosi should be ousted via a congressional resolution or at the ballot box? Enlighten us down below in the comments section.