“Speaker Pelosi On The Impact Of Health I” (CC BY 2.0) by Speaker Nancy Pelosi

Profiteering and insider trading accusations have been swirling around a number of government officials in relation to the coronavirus pandemic. These accusations have now fallen on the Speaker of the House Nancy Pelosi, a shrill critic of President Trump’s response to the outbreak.

Around the time that she was attending closed-door congressional meetings on the pandemic, Pelosi and her husband purchased around $5 million in Amazon stock. Shortly thereafter, the majority of the nation’s brick-and-mortar retailers were forced to close their doors. Amazon is benefiting heavily from the sudden elimination of competition.

By the beginning of April, the Amazon stock purchased by Mr. and Mrs. Pelosi had already earned them at least a cool $1.1 million, after a period of just a couple of months.

The Speaker’s husband, Paul Pelosi, bought 3000 shares when the stock price was at $1600. Since then, it has risen above $2000, contributing to the couple’s massive profits. Mr. Pelosi also made up to $1 million by selling Amazon call options in late January.

Investigation could cost Pelosi her position

It is illegal for members of Congress to use non-Public information for personal profit. If Pelosi were to be investigated and found guilty of insider trading, she would likely be removed from her position as Speaker.

A handful of other members of Congress have been accused of insider trading including senator Dianne Feinstein. Feinstein claims no wrongdoing, but even Senate Minority Leader Chuck Schumer has called for her to be investigated, among others.

😡📢 Where Is The Investigation???? INTO NANCY PELOSI #NancyPelosi Profiting From #coronavirus 📢 Insider Trading @TuckerCarlson @seanhannity@RealJamesWoodshttps://t.co/M93FBCfI3X 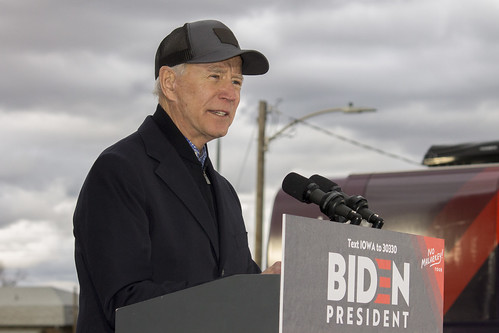 Insider deals appear to be the Democrats’ favorite past-time.

The accusations against Nancy Pelosi are reminiscent of the scandal surrounding Hunter Biden, son of Joe Biden. Hunter won a very lucrative seat on the board of shadowy Ukrainian gas company Burisma despite having no experience or expertise with Ukraine or the gas industry. Hunter Biden won the seat shortly after his father, then vice president in the Obama administration, spearheaded a tumultuous change of regime in Ukraine that contravened that country’s constitution.

Joe Biden later bragged on-air about withholding funding to Ukraine unless a state prosecutor who was investigating Burisma was removed from his post. Ironically, Biden senior fallaciously accused President Trump of withholding military aid to Ukraine until the investigation was re-opened. In fact, Trump did not withhold the aid, but that didn’t stop the Democrats from using it as a pretext for the impeachment circus that they forced the nation to endure. The investigation into Burisma has since been re-opened in Ukraine.