Rand Paul volunteers at hospital after recovering from COVID-19

Republican Kentucky Senator Rand Paul has volunteered at the hospital in his home state where he recovered after testing positive for the coronavirus. The Senate is currently on an extended break, giving him the opportunity to volunteer. The Senator tested positive for the virus on March 22. Paul was the first senator and the third member of Congress to test positive for coronavirus.

I appreciate all the best wishes I have received. I have been retested and I am negative. I have started volunteering at a local hospital to assist those in my community who are in need of medical help, including Coronavirus patients. Together we will overcome this! pic.twitter.com/9SeypT7rL6

Senator Paul had been criticized for working out in the Senate gym on Sunday morning before his test results came in. The senator had not experienced any symptoms. Paul defended himself by noting that if he had adhered to the prevailing guidelines, he would not have been tested at all. He decided to undergo testing himself due to concerns about a pre-existing issue with one of his lungs. Rand had a portion of his lung removed after sustaining a severe injury from an attack by a neighbor in 2017.

Despite having chosen to go out of his way to get tested, critics twisted the truth, accusing Rand of spreading the virus in the Senate gym after having exhibited symptoms or even testing positive.

Rand Paul should be shunned by society as he was a carrier and potentially infected his staff and other senators even swimming at the capital gym.

By shunned I also mean voted out as Senator. He is a thoughtless pr!ck. https://t.co/3T5xYLQ867

Senator Paul is a 57-year-old medical doctor, specializing in ophthalmology. Before testing positive, he had no known contact with any other carrier of the virus. The senator did attend a fundraiser on March 7 where two individuals who later tested positive were also present. Paul says he had no interaction with those individuals. As a senator, Paul travels widely across the nation, but at no point did he experience any symptoms of COVID-19 whatsoever.

This highlights the problem in collecting and reporting statistics on the number of coronavirus cases. Every year, millions of people contract a flu virus without showing any symptoms. Only those who experience symptoms and seek medical attention are included in the statistics. Different jurisdictions both domestic and foreign have their own testing criteria and methods, not to mention reporting practices. 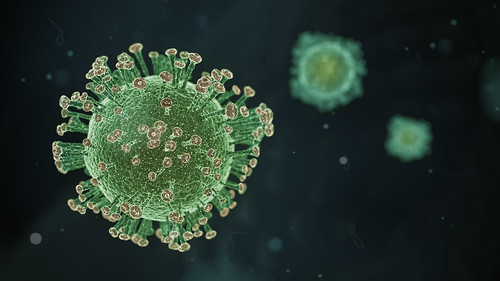 Mike Sherrod, the CEO of Tristar Greenview Hospital in Bowling Green, where Senator Paul is volunteering, expressed gratitude for the senator’s assistance. He went on the record saying, “We appreciate Senator Paul and his support in recognizing our healthcare workers and providers at TriStar Greenview for their unwavering response to the COVID-19 pandemic.”

While recovering and despite volunteering, Senator Paul has continued his political work. He has pushed for workers in the firearms industry to be considered essential under DHS guidance. This will help them maintain their jobs and economic security amid the coronavirus pandemic.