Republicans: No Aid for Cities that Permit Rioting

Two Republican senators suggested stopping federal aid, including coronavirus emergency funding, to cities and states that do not prosecute people who were arrested for crimes committed during the riots.

They had a choice, but they decided to allow lawlessness and destruction throughout their cities – putting all resident and business owners at risk.

Don't give them a damn dime! 😉

Senators Tom Cotton of Arkansas and Kelly Loeffler of Georgia submitted the Holding Rioters Accountable Act of 2020, which would grant Attorney General William Barr the authority to stop up to 10% of Justice Department grants in cases where prosecutors are “abusing prosecutorial discretion and failing to prosecute crimes arising from riots and other violent protests.”

“What was once peaceful protests have turned violent — even deadly,” Cotton shared in a statement Tuesday. “We should do everything in our power to stop these riots and help support local law enforcement.”

No more federal support for intentional non-prosecution of rioters

In Portland, a local prosecutor dismissed charges of 59 people connected to the riots, including 9 cases involving felony charges.

This negligence is unacceptable.

Read how @SenTomCotton & I are moving to stop biased prosecutors ⬇️ https://t.co/2D2BdukoBx

“In many cases, local officials and prosecutors have turned a blind eye and allowed the chaos to continue,” Loeffler stated. “In Portland, a local prosecutor dismissed charges on 59 individuals connected to the riots, including nine cases involving felony charges such as arson and theft. Protesters across the country have thrown rocks through store windows, set fire to construction sites and spray-painted buildings. This cannot stand. We need to take action to protect businesses and ensure that those who seek to cause mayhem and damage are held accountable for their actions.” 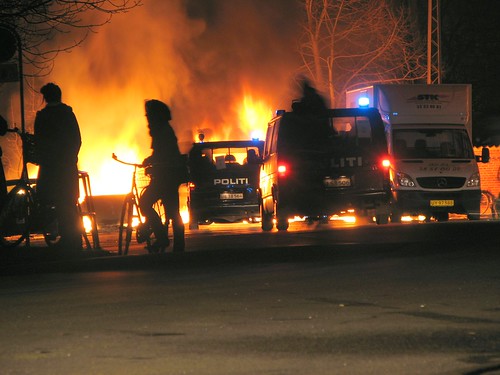 The bill allows Barr to stop grants that are normally provided through the Omnibus Crime Control and Safe Streets Act, as well as the coronavirus-related emergency funding program. The money would be held back based on prosecutions initiated and not followed through by state and local prosecutors, district attorneys, and state attorney general offices.

Setting the criteria to determine the intention to prosecute

Loeffler, a first-term senator, has also brought forward bills that would make it a federal crime to damage or loot certain commercial properties during a riot, together with another bill to improve federal sentencing guidelines for people convicted of criminal gang activity.