The new law will likely prevent most to all Chinese companies will be banned from listing on US stock exchanges.

The bill was originally submitted by Louisiana Republican Senator John Kennedy and co-sponsored by Democratic Senator Chris Van Hollen from Maryland and Republican Senator Kevin Cramer from North Dakota. The act is named the Holding Foreign Companies Accountable Act and it was approved without objection.

Senate passed a bill for Chinese listed companies to have tighter accounting standards, and Baidu already said they are looking into leaving. Well that’s not suspicious at all.

Chinese companies have enjoyed special treatment in the USA 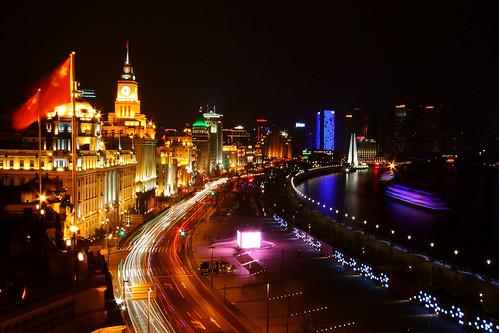 Under the new law, Chinese companies will have to prove that they are not owned or controlled by the Chinese government. State-owned enterprises account for a vast proportion of the Chinese economy. No company or organization of any kind is allowed to exist in China without the oversight and control of the totalitarian Chinese Communist Party. Chinese companies will also have to submit to audits and review by the Public Company Accounting Oversight Board, just as American companies that raise money on the open market have to.

The Chinese government has done everything it can to avoid having Chinese companies adhere to American securities law. China cites one of its domestic laws that bizarrely prevents company auditing from being sent abroad.

Chinese companies are currently the only ones from anywhere in the world that list on the U.S. stock exchanges but do not have their financial records scrutinized.

#US Senate Passes Bill to Delist 224 #Chinese Companies From #American Exchanges .
Expect a flight of private capital from Chinese listed businesses in the #USA & into #American & allied firms .
This could cost China Trillions of $.
https://t.co/2BtxtDe1o2

President Trump has been a vocal proponent of correcting the loopholes that allow Chinese companies to be treated differently from all others on American soil. It is a matter of basic investor rights to know that the companies that they are investing in adhere to the same established standards as all others. Many have already been burned by the shady practices of Chinese companies listed in the US. A lot of money has been lost due to a lack of transparency.

The bill has yet to reach the House of Representatives, which is currently dominated by the Democratic Party. As the American electorate is increasingly suspicious of China’s moves in handling the pandemic, and in other spheres, the issue is becoming a bi-partisan one, and no push-back is expected.