Signs of a red wave appear in Virginia

Virginia used to be a Republican stronghold. As soon as the Democrats secured a majority in the state’s government, they started pushing their dogmatic, liberal, anti-2nd Amendment polices.
Virginia’s Democratic governor imposed a draconian lockdown amidst the pandemic.

Now it appears that Virginians have had their fun experimenting with the party of liberal social engineering and SJW-run Jacobin terror.

Steve Claffey, Amy Darby and Mark Robertson bring a new conservative group to the Staunton City Council, and they're excited to get to work:https://t.co/yhEfx87K7O

Freshman Republicans Steve Claffey, Amy Darby, and Mark Robertson have joined incumbent Andrea Oakes in a sweep of Staunton city council elections, removing Democrats Erik Curren, James Harrington, and Ophie Kier. Although the Democrats received about twice as many votes as they had in 2016, they still lost to the Republicans. The city voted for Obama twice.

Republican voters came out in numbers that would reflect a major election like one for governor.
One issue more than any other has inspired the revolt against the Dems and their self-righteous anti-constitutionalism. That is, of course, gun rights. On top of that are the state’s lockdown measures. Given how COVID-19 still appears less dangerous than the common flu, it would not be surprising if Democrat-run states and cities are using it as an excuse to ruin the economy, the best-attested way to ensure an incumbent president is voted out. The insane double standards Democrats show supporting racially divisive protests that are utterly social-distancing ambivalent clearly has a similar rationale. Divide and conquer.

The election in Virginia reflects a recent trend in kicking out Democrats often from seats they have long held. This has happened in two recent special elections, in Wisconsin and California. A Republican hadn’t held a seat in the California district since the mid-1990s. Deep down, Americans intuit that they need liberty, not prescriptive liberal dogma, and the browbeating that comes with it.

Silent majority sick of being browbeaten by liberals 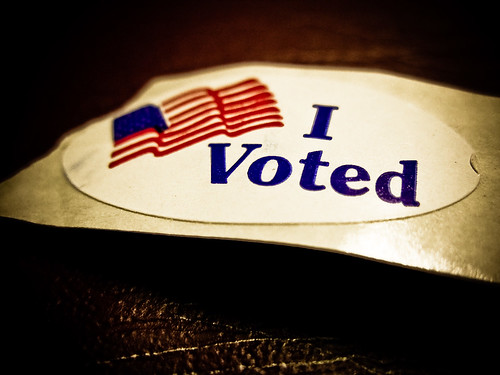 Conservative states are starting to reopen. More testing is showing more corona cases, but deaths are on a steady decline.

If the trend continues and the Democrats aren’t able to pull off some fancy felonious footwork with mail-in ballots, we can expect a strong silent-majority to upset the Democrat/Davos crowd/globalist agenda in November. Biden’s incoherent senior moments keep coming to the point where his backers are pushing him to avoid debating Trump.

Just like in 2016, the Democrats and their globalist puppetmasters seem to be over-confident over their control of the legacy media, while ignorant of how much their mainstream narrative is getting torn to shreds on social media, despite and partly inspired by their censorship and shadowbans.