Hawkins served as the city clerk of Southfield, Michigan. She faces six felony charges for forging records and invalidating absentee ballots without justification during the 2018 election.

REPORT: Michigan City Clerk Has Been Charged With Altering Ballots..

Hundreds of voter records tampered with

Yep, other suppression is a problem. Voter fraud though does not exist, according to, the party of Ms. Hawkins.https://t.co/dEYxUleHXZ https://t.co/ckZm0dsEba

Hawkins was arrested after the Oakland County Clerk’s office noticed that the numbers didn’t add up while certifying absentee ballots from Southfield. State police investigated and found that hundreds of voter files had been incorrectly listed as invalid.

Michigan Secretary of State Jocelyn Benson said, “Our elections are the foundation of our democracy, and under my and Attorney General Nessel’s administration there will be no tolerance for any actions that undermine that foundation, anywhere, anytime, by any person or official.”

Court documents show that state police found that the voter files were altered to falsely show that they had no signature or return date.

Once Oakland County Election Director Joseph Rozell realized that Hawkins was committing fraud, he located the original files in a trash bin.

On May 18 Hawkins was given the Dingell/Levin Award at the Michigan Democratic Party’s Legacy Dinner. In 2017, Hawkins was included in the “40 under 40” by the Michigan Chronicle thanks to her prior work as Pontiac city clerk.

Hawkins has also been lauded as the first African-American elected as Southfield city clerk. She has officiated over 16 elections in Oakland County and is designated as a master municipal clerk by the International Institute of Municipal Clerks. 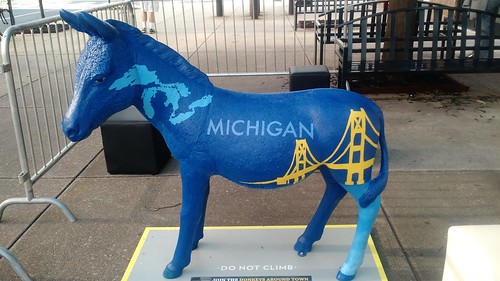 Hawkins faces various felony charges, including falsifying records in violation of state election law, forgery of a public record, misconduct in office, and three counts of using a computer to commit a crime. If convicted, Hawkins could face at least 14 years in prison.

Her lawyers are claiming that it was all just a routine clerical mistake as the outcome of the election was not affected.

Hawkin’s lawyer, David Jones, said “In fact, Jocelyn Benson and Dana Nessel’s own press conference indicates that there was no voter disenfranchisement. So while there may have been some technical issues with regard to the voter list or the results, no voter was disenfranchised. Every vote was counted. I think this is a matter of something, technicality over substance, and I think she is going to be vindicated.”

Where such a lax attitude to proper procedure in our elections will lead the Republic is easy to predict. The AG’s Public Integrity Unit will prosecute the case.