“Supreme Court of the United State” (CC BY 2.0) by Phil Roeder

The Democrats know that no matter what the polls say, history shows that their chances in the November election are not good. They are doing everything they can to expand their base and get that base out the vote. One key demographic that the Democrats have identified as a voter base they could rely on is convicted.

In Florida, a court case aiming to give felons the vote has been shot down by the Supreme Court. Had things gone the other way, almost a million felons would have been enfranchised. 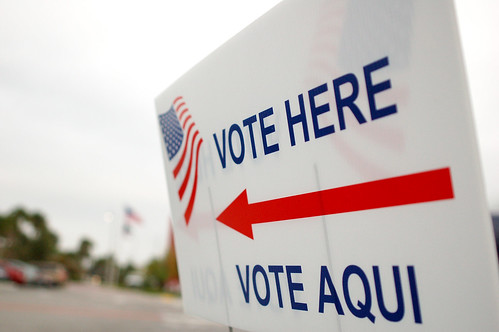 Specifically, we are talking about felons who have served their sentences but still have various fines, restitution, and other fees to pay. An advocacy group argued that these felons should have the right to vote as soon as they leave prison. Their case was shot down by a federal appeals court before getting taken to the Supreme Court and getting shot down again. That means that these Florida felons will not get the vote in time for the July 20 primary election.

Whether felons should have the right to vote is a controversial topic. One one side, there is the argument that they have forfeited the right through the seriousness of their crimes. On the other side, some say they are still citizens and should enjoy the fundamental rights thereof.

In Florida today, once felons have paid off their fines and debts they can register to vote. This is clearly stipulated during their sentencing in court. The one million felons in Florida who have served their time but have yet to pay off their legal fees and debts represent about 5% of the total state population.

Two readers just made an interesting point: what is the *combined sum* of all court fees and fines owed by Florida ex-felons? I assume it runs in the tens or hundreds of millions…but what *would* stop @MikeBloomberg from simply paying off those debts to let all Floridians vote?

The Supreme Court’s opinion on the case does not have a signature. The three liberal justices, Ruth Bader Ginsburg, Elena Kagan, and Sonia Sotomayor dissented.

The court has recently switched to a conservative majority. Justice Ginsburg, 87, is currently fighting liver cancer after a string of health issues. Although Democrats have fielded the idea of impeaching Supreme Court justices nominated by Trump, chances are that the current administration has established a conservative tendency not only in the Supreme Court but also in the nation’s federal courts, for years to come.

Trump has been a vocal critic of the Democrats’ push for mail-in ballots that do not require the voter to present any photo ID.