This reality doesn’t score any points for the patronage hierarchy of which the Democrats and mainstream media are a part, so for them, it doesn’t count and isn’t worthy of attention let alone praise. For them, values and principles are only worthwhile if they help win power and influence.

National Security Council half female for the first time ever 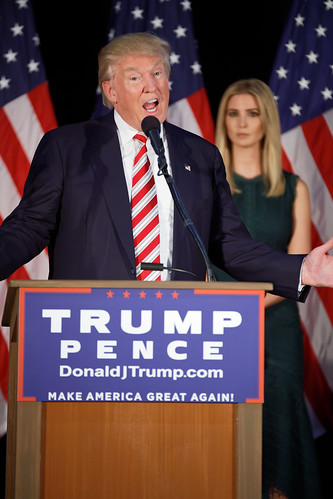 Trumps daughter and adviser has celebrated the fact by announcing, “President Trump has demonstrated his commitment to empowering women in the U.S. and across the world, implementing a pro-growth, pro-family agenda that lifts up women of all backgrounds. It’s no surprise that women are leading the way across the Trump administration, including more women leaders at the National Security Council than at any other time in history.”

The NSC was composed of 12 individuals back in the days of the Cuban missile crisis. Over the years it became bloated, expanding to well over 200 members during the Obama Administration. National security adviser Robert O’Brien has restructured it to it’s current, optimal size.

NSC – 12 of the 24 directorates are led by women including 3 of 6 regional directorates that cover the world.

Where's the photo shoot? How about a layout in the Washingtonian, Elle, Harper's Bazaar, Vanity Fair or Cosmo?#Women4Trump https://t.co/Q6lhKOb2gR

O’Brien has said, “Under President Trump’s leadership, over the past nine months we have brought the NSC back to its proper size and role as a lean and efficient advisory body, and we were able to make that happen because we have some of the strongest leaders in the history of the NSC, half of whom are women for the first time ever.”

The Republicans are also responsible for appointing the first woman to serve as national security adviser in 2001, Condoleezza Rice. Rice was also the first black woman to serve as Secretary of State. Unlike the Bengazi incident during Hillary Clinton’s stint in that role, no US Ambassadors were brutally murdered amidst US military action under Rice’s watch.

Praise for the acumen of Trump’s NSC has come from various sides. Rebeccah Heinrichs, a Hudson Institute national security scholar says, “There are some exceptionally capable people over there focused on getting wins on the board for the country.” Heinrichs says current NSC members show a “willingness to reconsider approaches to persistent problems and guts to do some things that are long overdue.”

Trump has always relied heavily on female advisers. Three of his top advisers and his communications director are women. The only three mothers to ever be named press secretaries were appointed by Trump. The trend goes back to Trump’s role as a real estate tycoon. Even a few decades ago when it was rare to see women in a board room, Trump had the audacity to appoint women to top roles in his companies.