On Tuesday, the Trump administration declared that more than $35 million in Justice Department grants will go to organizations that provide safe housing for victims of human trafficking.

Attorney General William Barr together with presidential adviser Ivanka Trump announced the donations at a White House event attended by human trafficking victims and organizations that serve them.

Human trafficking is an “evil scourge”

Barr named human trafficking an “evil scourge,” and he expressed his gratitude to President Donald Trump and his daughter Ivanka for working hard to terminate human trafficking and help survivors. Barr’s department will not only provide financial support but also do everything possible to “investigate, prosecute and punish” traffickers.

Ivanka Trump believes that human trafficking the “gravest of human rights violations.” She noted the event was a “celebration” of the job done by the administration and the participants to eradicate trafficking, as well as an opportunity to let victims tell their personal stories.

Barr became emotional and had to cover his face with a hand when those stories were being told later at the program.

The $35 million in Housing Assistance Grants for Victims of Human Trafficking is being given by the Office for Victims of Crime, part of the Justice Department’s Office of Justice Programs to arrange for housing and services to human trafficking survivors.

What will the money be used for

The grants will be divided between 73 organizations in 33 states that will provide anywhere from six to 24 months of transitional or short-term housing assistance to survivors. It will cover paying rent, utilities, or related expenses, such as security deposits, according to the White House.

The grant can also be utilized to help victims find permanent housing, get a job, and obtain occupational training and counseling. 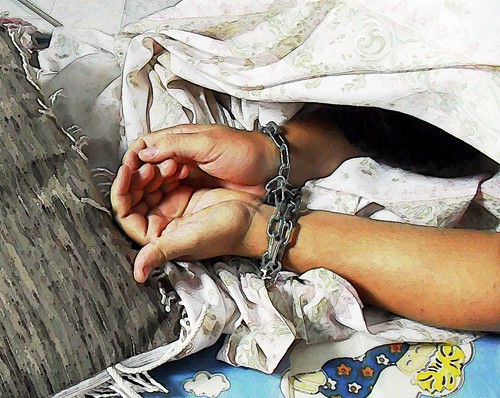 “human_trafficking_image_free” (CC BY 2.0) by Imagens Evangélicas

Ivanka Trump shared that the coronavirus pandemic showed the importance of safe and supportive housing for survivors. She said many survivors had to share their homes with their traffickers during stay-at-home orders around the country.

Among the organizations obtaining the grants is Camillus House Inc. in Miami, Alternatives for Girls in Detroit, and the Jordan Community Resource Center in Shaker Heights, Ohio.

President Trump has been working towards elevating the fight against human trafficking since he took his office. He even appointed a special adviser for the issue in January.