On Tuesday, President Donald Trump signed an executive order to exclude illegal immigrants from being considered when re-demarcating congressional districts based on data from the 2020 census.

The order is titled Ensuring American Citizens Receive Proper Representation in Congress. It is a response to the Supreme Court’s decision to prevent a citizenship question from appearing on the Census. The case was sent back to the lower courts and has yet to be resolved.

"For the purpose of the reapportionment of Representatives following the 2020 census, it is the policy of the US to exclude from the apportionment base aliens who are not in a lawful immigration status under the Immigration and Nationality Act…" https://t.co/DKQBAUsneY

Citizenship is what the law is based on

The Census is used for federal funding and the number of House of Representatives each state is given. Why should we reward bad actors (States) with more funding and possibly more representatives for harboring illegal aliens?

The first president to argue for a citizenship question on the census was Thomas Jefferson, who did so in 1800. Twenty years later, a question on the number of “foreigners not naturalized” in a given household was added. Citizenship questions were a standard feature of US censuses until 1950. In most foreign countries such questions are included on censuses and the issue is not considered controversial.

The differentiation between citizen and non-citizen is one of the foundations of a law-based polity. International law includes provisions to prevent any person on Earth from becoming stateless.

Nevertheless, there are an estimated 12 million stateless people worldwide. They account for an extreme minority of the illegal immigrants in the USA.

An organization called Unbiased America has found that solidly Democratic states, especially California, are exploiting their illegal immigrant populations to get more representation in Congress.

With the numbers of illegal immigrants in the USA pushing 14 million, the sway they can have on the allocation of Congressional representatives, if left undifferentiated from citizens, is significant. Only four states have a population of over 14 million. 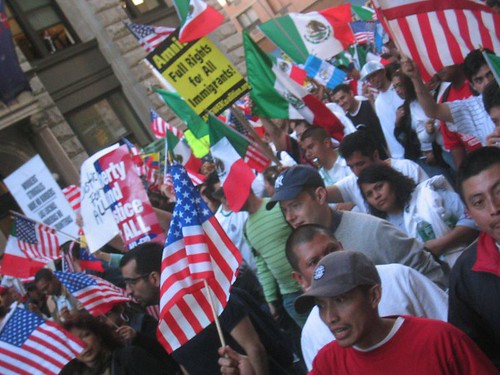 Besides being used to allocate the number of Congressional representatives, the census is used to allocate federal funds. So many poorer states are getting robbed of cold hard cash that they and their residents are entitled to.