President Trump has signed a bill granting federal funds to aid in the prevention of human trafficking and to aid the vicitms of it.

For 3+yrs, @realDonaldTrump has put combating human trafficking at the forefront of our domestic + international policies & signed 9 bills into law addressing this issue.

Today was another landmark moment announcing $35M in grants for safe + stable🏠for survivors of trafficking. pic.twitter.com/8aotW8APym

The president of the U.S. Catholic Sisters Against Human Trafficking welcomed the Jan. 8 signing of the law, for which it had advocated with members of Congress.

Anne Victory, a nun and member of the US Catholic Sisters Against Human Trafficking, which had lobbied for the bill, told reporters, “This comprehensive bill allocates funding for a number of projects that address the acute need for increasing awareness across a variety of sectors, prevention efforts and services for victims of both commercial sex and forced labor trafficking.”

The bill was largely the work of Republican Representative for New Jersey Chris Smith. It sailed easily through both houses of Congress.

Smith has noted that the bill provides for funding prevention measures even beyond America’s borders. The bill gives $18 million to the departments of Justice and Homeland Security to uphold the International Megan’s Law. Since 2016 this law has enforced the inclusion of a visual identifier in the passports of convicted pedophiles. The law also requires convicted pedophiles to inform the police three weeks before traveling abroad.

The International Megan’s Law has led to 3,442 pedophiles being denied entry into the U.S. or other countries.

Funding breakdown of the new bill 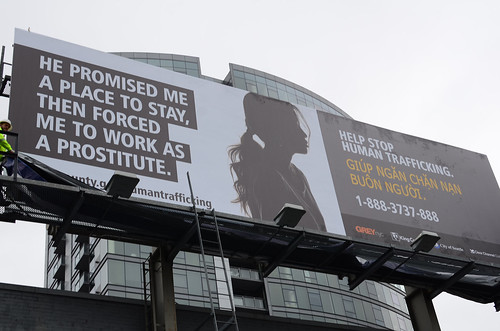 The new law allocates over $300 million to the Department of State to spend on various prevention initiatives like collaboration with overseas police forces and organizations.

Almost $80 million will go to the Department of Health and Human Services for educational programs on trafficking for children.

More funding is allocated for aiding and protecting trafficking victims.

About $20 million will go to the Department of Labor to ensure trafficking-free supply chains in private businesses and government procurement.

Rep. Smith has now authored five different bills targeting human trafficking. His work has received the support of many non-governmental organizations like the National Center for Missing and Exploited Children, the Alliance to End Slavery and Trafficking, and the National Domestic Workers Alliance.