This will come as a shock to liberals who blamed President Trump for promoting the supposedly unproven and ‘dangerous’ COVID-19 drug, hydroxychloroquine. Trump has announced that the White House MD has advised him to take the drug as a precautionary measure. The president has been taking hydroxychloroquine for nearly two weeks already. As the commander in chief, Trump is a highly exposed individual, meeting dozens of people on a daily basis. Trials and studies have indicated that the drug, designed to treat malaria, is effective and safe in treating and preventing COVID-19.

If media truly believed hydroxychloroquine were dangerous, they’d be glad Trump is taking it.

Pelosi kicks of the liberal hysteria

After the media hysteria about the bad orange man promoting an ‘unproven and dangerous’ drug, how will opposition outlets like CNN and MSNBC cover this story? There is a good chance that they’ll just ignore it, but it must be tempting to twist some anti-Trump sensationalism out of it. Given the warped psychology of the likes of Rachael Maddow, we’re likely to see some theory that Trump is infected with COVID-19 and keeping it hushed up. Knowing Maddow, she’ll claim to know that hydroxychloroquine is really a KGB mind-control drug. 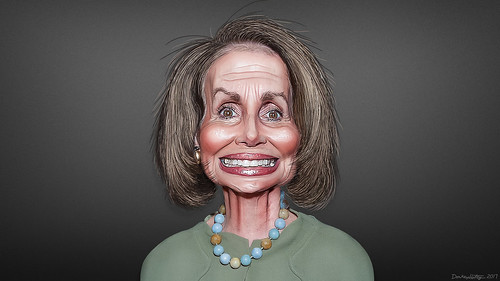 Luckily the president is savvy enough to use the corporate media’s hysterics to his own advantage. They have a track record of waltzing straight into the traps that he sets for them. Pelosi has already referred to the president as too ‘morbidly obese’ to safely take the drug. More schoolyard antics from speech-ripping Nancy. Surprised she could tear herself away from tracking her illegally bought Amazon shares and covering up Biden’s sex abuse and Ukraine corruption long enough to craft such a pithy retort.

There’s going to be liberal media hysterics. You know it’s coming. Right now, the halls of MSNBC, especially that of the Rachel Maddow show, are cooking up some InfoWars-lite conspiracy theory about Trump possibly having it and covering it up.

It’s no wonder Democrats have these morbid fantasies about the president. Justice, in the form of Trump’s DOJ, is closing in on their corruption, and the only way to escape prosecution is to get rid of him and get back into power. New revelations are coming out daily shining the light on how the Obama-Biden cabal, part of the Clinton-Soros-Epstein patronage hierarchy, was the most corrupt period in American history.