Urban flight: what does it mean for American cities?

Waves of Americans are opting to leave major urban centers and relocate to rural areas with lower population densities. The combined threats of social unrest, the coronavirus pandemic, and economic uncertainty have largely inspired the trend. One major facilitating factor is the increased viability of remote work, which many companies have been forced to adapt to thanks to the pandemic.

Urban flight is huge challenge for Seattle, SF, New York, and other cities. Instead of finding new ways to tax companies and drive them away, they should be scrambling to partner to solve social problems and to keep them. If not, tax base shrinks massively, accelerating issues.

New Yorkers leaving by the millions

1) How many of those people have left? Will more leave if the city raises taxes trying to cover more of the already $9bn shortfall? (https://t.co/jHCvfp1IkU)
2) How many other cities are in similar boats?

New York’s densely populated environment and poor policies and preparation for the pandemic led the coronavirus to spread through the city five times faster than the country on whole. The first to leave were the rich and middle class.

A handful of rural New York counties have seen a dramatic spike in home sales, just the opposite of what the state’s urban centers are seeing.

According to Redfin, more than a quarter of the searches on its site are made by residents of Seattle, San Francisco, and the District of Columbia who are looking for homes in a more rural setting. Home prices in San Francisco have fallen by more than 50 percent.

Meanwhile, due to a spike in interest and sales, Montana home prices are up 10 percent from a year ago. There is a similar trend in Colorado, Oregon, and Maine.

In March and April, over 2 million young Americans moved back in with their parents or grandparents, often returning to more rural locations to do so.

How will America be reshaped? 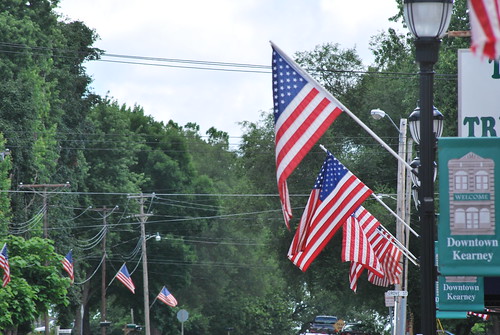 American cities were built in the post-war era on a massive wave of urbanization underwritten by strong law & order policies. These trends are now likely to see a long-term unraveling. Any city that takes the moral high road by defunding the police will be signing its own death warrant. Meanwhile, tens of millions of residents of southern California face severe mid- to long-term water security issues.

It is unclear how this wave of urban flight will reshape America. The electoral map will change. Cities will lose tax revenue to smaller communities. Upper-middle-class coastal urbanites will bring their preconceptions of how a community should be run to small fly-over towns with a very different environmental, historical, social, and economic context.