“Support For Vernon Jones” (CC BY 2.0) by TimothyJ

Now that all possible alternatives have been exhausted, Barack Obama has finally endorsed the candidature of his VP, Joe Biden, in the 2020 presidential election. The real news is that the endorsement came so late, with such apparent reluctance.

Obama’s endorsement of Biden was overshadowed by bombshell endorsement for Trump. Georgia Democratic Representative Vernon Jones has crossed party lines to award his endorsement to the president. Jones referred to Trump as ‘a transformative figure who has helped the Black community.’ Record black and Hispanic employment rates under the 45th POTUS back up that observation, as Jones has noted. Jones has also noted that the President has supported many historically black colleges.

Jones views Trump as a transformative figure who has helped the black community.https://t.co/TW7VYOrevs

Democrats have accused Jones of betrayal and have quickly moved to disown him. Others have praised his courage in staying faithful to the facts and to what he believes in despite partisan politics. Like the President, Jones has a reputation for speaking what’s on his mind without much of a filter. He has also taken a stand against illegal immigration.

Although his own party’s candidate, Biden, was VP to the nation’s first black president, many black families lost their homes in mortgage foreclosures after the sub-prime financial crisis of 2008. Both Trump and Biden have track records in the White House, and Biden’s simply doesn’t stack up.

Vernon Jone’s endorsement of Trump comes after Michigan State Representative Karen Whitsett credited Trump’s promotion of the drug hydroxychloroquine with saving her life after she contracted the coronavirus.

Obama’s endorsement too little, too late 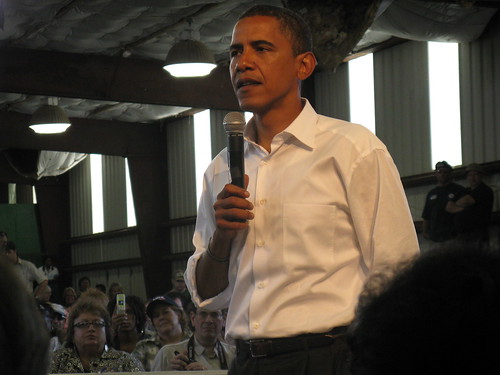 Meanwhile, Obama’s endorsement of Biden will not do much to benefit the candidate’s campaign. Supporters of Bernie Sanders will see it as ‘business as usual’ for a party elite that is out of touch, elitist and failed to deliver the change that the 2008 Obama campaign promised. The many Democrats who voted for Trump in 2016 for the same reasons will be equally put off.

Enthusiasm for Biden is 8pts lower than HRC’s lowest point in 2016. This is a Joe Biden problem, not a Bernie Sanders and working class voters problem. pic.twitter.com/7ScYTCCrTs

Remember that Obama is the president who handed ‘too big to fail’ Wall Street trillions in taxpayer money under TARP foreclosures and tent cities spread across the country in the wake of the 2008 financial crisis.

In justifying his endorsement of the president, Vernon Jones remarked, “A philosopher once said, ‘One courageous man in the crowd is a majority.’ I’ve got the courage to express my convictions.”