A 2018 video clip has emerged showing James Comey bragging about getting away with setting up former Trump administration national security advisor Mike Flynn. Comey and his team set up a perjury trap for Flynn, as with so many other Trump associates. Despite years of investigations, no Trump associate has been found guilty of anything but procedural crimes such as perjury.

In the video, Comey says he broke protocol and did something he wouldn’t have gotten away with it a more organized investigation. Comey’s team breached protocol by going around the White House councel when they interviewed Flynn.

#DrainTheSwamp– @Comey: I sent them something I probably wouldn't have done and maybe gotten away with in a more organized investigation… if the FBI wanted to send agents into the White House itself to interview a senior official you would work through the White House counsel. pic.twitter.com/mrZcNMpVy4

Documents released earlier this week show that a perjury trap was on the table when pursuing Flynn.

Unsealed FBI notes reveal the intent of the FBI’s 1/24/17 interview of Flynn:

“What is our goal? Truth/Admission or to get him to lie, so we can prosecute [Flynn] or get him fired?”

FBI Notes confirm it was all a pretext. pic.twitter.com/Y4IDyE4YZm

Comey has done irreparable damage to the reputation of the FBI. Adding to that, when a recording of Flynn’s conversation with the Russian ambassador was leaked to the Washington Post, the FBI under Comey did nothing to identify the source, which was likely agent Peter Sztrok.

Agent Sztrok intervened to keep the Flynn case open, though the FBI had nothing

Disgraced FBI agent Sztrok, exposed as a vehemently politically motivated anti-Trumper, prevented the FBI from closing the Flynn case when the investigation failed to find any ‘derogatory information.’ Sztrok collaborated with his mistress, FBI lawyer Lisa Page, to keep the case open. Records show a string of texts from Sztrok to an unidentified FBI agent in which Sztrok pushes to keep the Flynn case open so that additional material relating to the Logan Act can be added to it. The Logan Act prevents private citizens from engaging in diplomatic relations with foreign governments. Sztrok’s messages also refer to this as a ‘pretext.’ 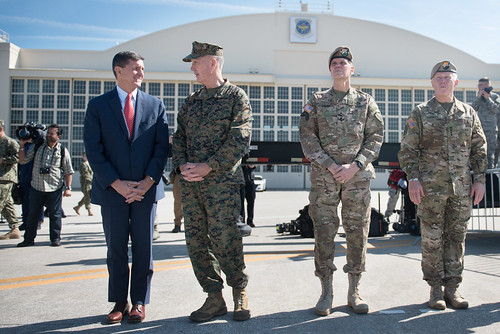 Flynn was coerced into a guilty plea when Sztrok and his co-interviewer threatened to prosecute his son on charges which never materialized. Flynn later recanted his plea. His case is now likely to be dismissed given the evidence that he was mistreated by the FBI.

On Thursday, President Trump announced to reporters that he will consider bringing General Flynn back into his administration. When asked if he would pardon Flynn, Trump noted that it would not be necessary as the case is very likely to be dismissed.

Meanwhile, evidence shows that the FBI was using informants to spy on the Trump campaign in the run-up to the 2016 election. That a government agency would be spying on the opposition election campaign raises dozens of questions. When it comes to the FBI’s attempts to undermine Trump and prosecute his associates, as George Papadopolous has said, ‘the hunters have now become the hunted.’