With major signs that much of the unrest over police violence is at least partially organized and funded by the Democrats and their donors, the Democrats are starting to see the initiative on police reform slip from their fingers. That is, not if the mainstream media can help it.

Seriously everyone please read this and tell me if I'm missing something? Did Philip Bump of the Washington Post just disagree with President Trump that Democratic cities are more dangerous, then post a graph that proves Trump is right?https://t.co/ImvDRGMMZ0

With bought & paid-for journalists like these, who needs enemies

So even the Washington Post unwittingly agrees with Trump that the most dangerous cities with highest rates of violent crime are, in fact, run by democrats (and 1 independent). Including photo of their graph for those who can't access it. (cont.)https://t.co/RvcMVXwvHJ pic.twitter.com/MzKtCsRQQi

The Washington Post leaped into action to tear Trump’s assertion about the worst cities being Democrat-run apart. The paper, owned by Amazon’s Jeff Bezos, published, “Trump keeps claiming that the most dangerous cities in America are all run by Democrats. They aren’t.”

Here’s a classic trick for propagandists masquerading as journalists. Print a sensational, untrue headline then, if you still have the slightest shred morality, bury the actual truth disproving the headline in, say, the second to last paragraph of a long story.

Here’s what the WaPo article goes on to say: “The most recent data to that effect is from the FBI’s Uniform Crime Report covering the first half of 2019. The cities with the most violent crimes are many of the most populous cities in the country, as you might expect. Those with the highest rates of violent crime are from a range of different states.

If the WaPo thinks the content of its articles doesn’t matter, why does it exist? 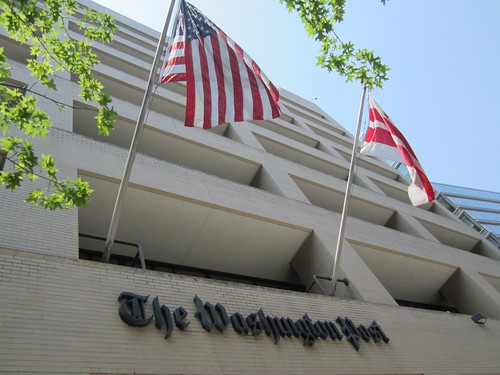 Does the WaPo writer take his own work seriously or is this a completely cynical exercise? How dare Trump claim that the 20 most-dangerous, worst-run cities are Democrat-run when only a mere 17 of the 20 are Democrat-run, and two are independent-run? Worst literal Hitler ever. The WaPo article continues, “In fairness, it actually doesn’t matter that four of the 32 cities listed above have non-Democratic mayors — because it doesn’t really matter that the other mayors are Democrats.”

Right. And it really doesn’t matter that WaPo journalists are mostly cheap propagandists, either.